ROUND TWO IS HERE: BRACE FOR IMPACT!

Some have been calling for a RETEST of MARCH LOWS, and I’m telling you that while Future Money Trends doesn’t see the indices going there AS A WHOLE, we are pretty certain that some companies, especially in COVID-19-SENSITIVE industries, are going to those levels ONCE MORE!

Make sure you analyze our four WATCH LISTS published since March: 1, 2, 3, and TECH.

What this SECOND SCARE of COVID-19 is guaranteeing is more social unrest, more riots, more division, and MUCH MORE media propaganda.

It’s going to be EXTREMELY DISHEARTENING to see countries coming apart, democracies crumbling, friendships coming undone, corruption reigning supreme, and old ideas falling from a cliff, but the next three to four months WILL BE DISASTROUS.

Don’t stoop to the level of general society; instead, help lift others upwards instead.

I want to really DRIVE HOME the point of why rates can’t go higher. If anything, they’re probably HEADED DOWN even more.

Sovereign debt is, in nominal terms, increasing to INDEFENSIBLE levels. Governments will never be able to keep paying down the principal and the interest, so they’re defaulting and are SOLELY FOCUSING on the interest servicing, which is easy with ZERO RATES and child’s play with NEGATIVE RATES.

If a government can restructure MOST or ALL of its debt to zero and negative rates, they’ll also be able to issue very long-term bonds, going out 50 and 100 years.

That’s one MAIN REASON why the central banks must continue monetizing the debt by suppressing bond yields down.

The governments aren’t by themselves in this, solely thanks to zero rates. Corporations are RIDDEN WITH DEBT that can only be serviced in this environment.

Should lenders decide that they just can’t accept these rates any longer, the DEFAULT TSUNAMI (across the board bankruptcies) that will ensue will be HISTORICAL. 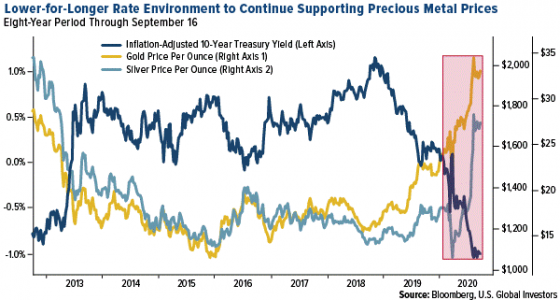 As you can see, in September 2018, two years ago, when I mentioned that I’m buying gold personally, the price was $1,200/ounce and interest rates topped. Since then, THE TRANSITION to negative rates, which accelerated in June 2019, has brought HUGE REWARDS to us!

Many doubt how rates could plummet further. True, they’re already -1%, so for them to sink BELOW THIS, either inflation ticks up or 10-year yields go lower, two scenarios that are HARD TO IMAGINE.

You can see a SNEAK PEEK of it below: 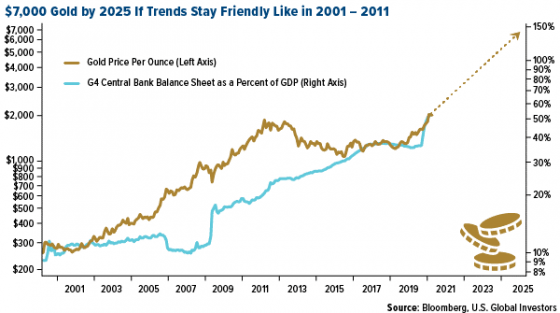