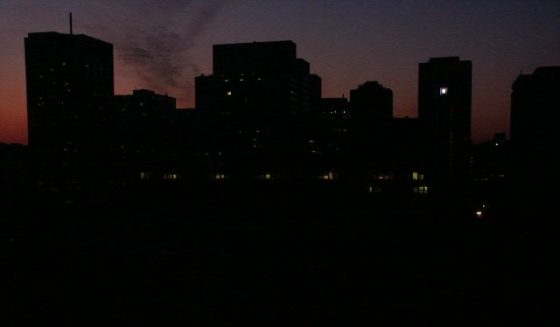 California is experiencing its first rolling blackouts in 19 years.  While there’s plenty of blame to go around, there’s not much actual planning or preparation for such an event.

As more power outages loom, there still is no clear cause for the blackouts, according to the mainstream media.  That’s been causing everyone to point fingers. Energy experts on Monday cited a litany of potential causes for the rotating outages that affected hundreds of thousands of California residents Friday and Saturday nights. According to Politico, some of the reasons for the rolling blackouts could be ballooning demand, inadequate transmission, an overreliance on renewable energy, and the incursion of new energy providers that don’t have the same obligation to maintain reserves as traditional utilities do.

Governor Gavin Newsom, who is already loathed over his heavy-handed tyrannical response to the coronavirus panic, questioned all of the state’s electricity players about why the outages occurred and faced blowback from frustrated residents.

Earlier Monday, the California Independent System Operator blamed Friday’s outages on “high heat and increased electricity demand.” Yet some energy experts noted that demand wasn’t particularly higher than normal, as is typical for weekends, and CAISO had predicted it would have adequate reserves on hand for the 80 percent of California’s grid that it manages.

“What’s weird about what happened is they were adequate until they weren’t,” said Michael Wara, director of Stanford University’s climate and energy program and a member of the state’s Catastrophic Wildfire Cost and Recovery Commission. “It seems as if certain power plants for some reason we’re not able to deliver on the commitments to supply reserves and also supply energy.” –Politico

Regardless of the reason for the blackouts, Californians will face more of them in the upcoming days. The state’s grid operator held off for a second straight night, citing cooler than expected weather and widespread conservation.

To prepare for rolling blackouts in the summer do the following: