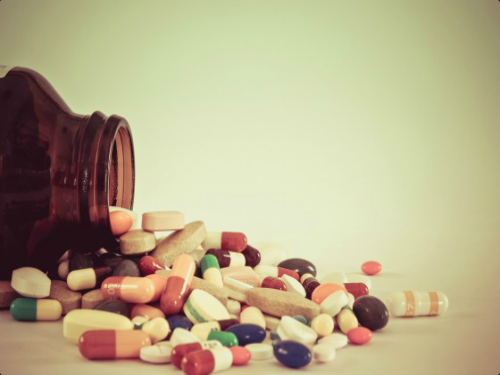 The United States has one of the highest rates in the world of prescription drug use, especially for the psychiatric and anti-anxiety drug classes:

The benefits of these drugs are marketed to us daily, but what about the downsides? What about the side effects? More importantly, do they even work? What does the data tell us?

To answer these questions, we talk this week with Robert Whitaker, an American Journalist and author who has won numerous awards as a journalist covering medicine and science. In 1998 he co-wrote a series on psychiatric research for the Boston Globe that was a finalist for the Pulitzer Prize for public service. His first book, Mad in America, was named by Discover Magazine as one of the best science books of 2002 and his book Anatomy of an Epidemic won the 2010 investigative reporters and editor’s book award for best investigative journalism. He’s also the publisher of MadinAmerica.com.

The irony is this. Before you go on an antidepressant, you have no known serotonergic deficiency with that system. But, once you go on and you have this drug that perturbs normal activity, it actually drives the brain into the very sub-serotonergic state hypothesized to cause depression in the first place.

This problem is called ‘oppositional tolerance’ within research circles. It means that basically what every psychiatric drug ultimately does is drive your brain in the opposite direction of what the drug is trying to do.

For example, anti-psychotics block dopamine function, but they do that by blocking the receptors in the post-synaptic neurons. Which made researchers hypothesize that maybe schizophrenia and psychosis is due to too much dopamine. While they didn’t find that in a matter of course in those disorders, once you’re on this drug, it will actually increase the density of your dopamine receptors.

So, conceptually, here’s the thing. We’re told these drugs fix known chemical imbalances in the brain. What science tells us is that we don’t know the biology of these disorders, the drugs perturb normal activity, and at the end of the compensatory process the drugs have induced the very abnormalities hypothesized to cause these disorders in the first place. That’s the scientific story(…)

The drugs may have efficacy in clinical trials over the short term (meaning they beat placebo in those studies ), but the evidence is overwhelming that over the long term the medications of *whatever* class of drugs does is increase the risk that a person will become chronically ill, functionally impaired, and end up on disability (…)

Humans have a resilience within them and psychiatric disorders so often can be episodic in nature. I mean, that’s the natural course for most depressive episodes and including the majority of the first psychotic episodes and obviously with anxiety and these sort of things. So, one of the reasons you see that drugs have worsening outcomes in the aggregate because actually there’s such good natural recovery rates. That’s what lost from this conversation is what the capacity is to recovery from a depressive episode and anxiety episode and even psychotic episodes without drugs and with other support

Click the play button below to listen to Chris’ interview with Robert Whitaker (45m:06s).