REVENGE: This Is How You Stop The Islamic State 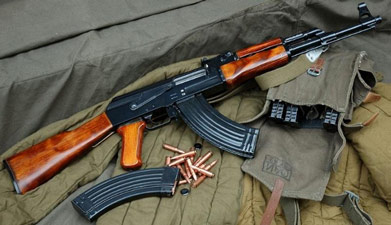 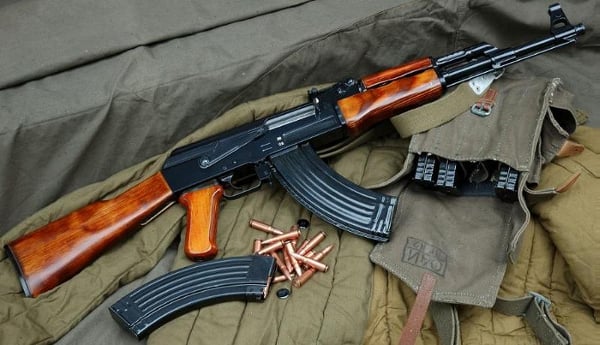 As Islamic State terrorists and sympathizers have stepped up their highly publicized killings in recent months non-Muslims around the world have called for followers of Islam to step up against the extreme elements in their religion. To be sure, countries like Jordan have been fighting the terrorist group and it has even been rumored that King Abdullah II will soon be personally leading airstrikes after the brutal execution of a Jordanian pilot.

In general, however, it is widely perceived that the Muslim community has been too reserved in publicly denouncing the violence wrought by radical Islamic extremists.

But that may now be changing. After thousands of deaths and mass murders some Muslims have finally had enough and they are taking up arms to eliminate what many see as an affront to Islam. The father of Jordanian pilot Moath al-Kasabeh says that the Islamic state has “violated the rules of war in Islam” and “even humanity disowns them.” King Abdullah noted that his country will continue airstrikes and other operations against ISIS “until we eliminate them.”

The war in the middle east is real and up until this point there has not been any significant push-back from local populations. But people are now realizing that an extremist theocracy such as that being implemented under Islamic State laws is dangerous and they are starting to fight back.

An Iraqi man has shot and killed seven ISIS militants in an act of revenge for his son who was executed by the terrorist group, local media reports.

Basil Ramadan, said to be in his 60s, used an AK-47 to gun down a group of militants at a checkpoint in Tikrit, a city northwest of Baghdad currently under ISIS control, before he was shot.

Mr Ramadan’s son, Ahmed Basil, 18, was one of eight men executed by ISIS in January, accused of infiltrating the organisation and spying for the Iraqi government.

After seeing the video, which listed his son by name, Basil Ramadan wanted revenge. The father, in his 60s, grabbed an AK-47 and attacked an ISIS checkpoint like a one-man army.

The grieving father racked up a body count of seven before he was killed – avenging his son’s death sevenfold on the brutal terrorist organization.

Ramadan’s son is believed to be one of the men pictured in the image below. He was executed along with seven other men for allegedly spying against the Islamic State. 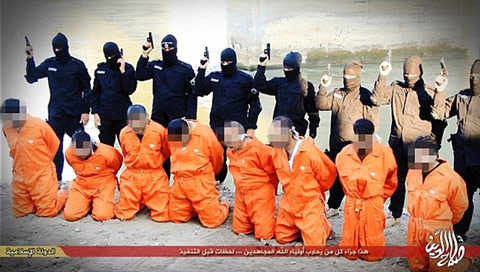 If the people of the middle east truly abhor the actions of the Islamic State and believe they go against the teachings of Islam, then it is time for them to pick up arms and follow in the footsteps of Basil Ramadan.