Researcher Warns: Algorithms Are “Using And Even Controlling Us!” 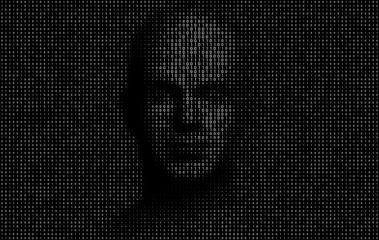 One researcher is warning everyone that  “we are setting ourselves up for technological domination.” Dionysios Demetis warned that algorithms are “using and even controlling” human beings.

Humans are surrounded by algorithms and one researcher is not all that thrilled about the future prospects of technology and its grip on humanity.  “Our exploration led us to the conclusion that, over time, the roles of information technology and humans have been reversed,” Demetis, a professor at the Center for Systems Studies at Hull University in Yorkshire England, wrote in an essay for The Conversation. “In the past, we humans used technology as a tool. Now, technology has advanced to the point where it is using and even controlling us.”

This is not the first time Demetis has tried to warn humanity of the problems with advanced technology either. Demetis built on a paper he published last year with Allen Lee, a professor at Virginia Commonwealth University, in the Journal of the Association for Information Systems. The researcher also contends that we are in fact “deeply affected by them in unpredictable ways,” and humans made it that way.  “We have progressively restricted our own decision-making capacity and allowed algorithms to take over.”

Demetis says that the worst case scenario would be a complete takeover of machines and artificial intelligence.  Already, most of the trading in foreign exchange markets is determined by algorithms that call the shots within tiny fractions of a second as opposes to humans, who are now seen as an “impediment.” “The people running the trading system had come to see human decisions as an obstacle to market efficiency,” Demetis wrote. Lawyers are also being replaced by artificial intelligence and some recruiters have an over-reliance on third-party tools to “weed out bad candidates.”

This can set up humanity for a bleak and dystopian future where we will have no control over anything – machines will make all of our decisions for us.  “We need to decide, while we still can, what this means for us both as individuals and as a society.”