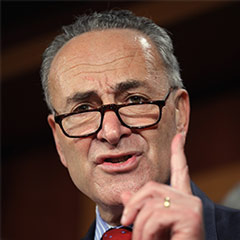 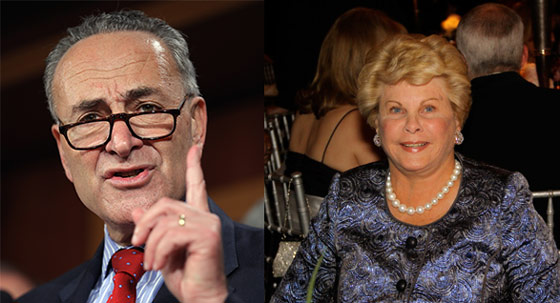 Though we can’t recall any incidents involving Republicans attacking Obama supporters after he was elected President, the same cannot be said for the tolerant left. It’s become normal, even heroic, for those on the left to verbally or physically abuse any individual who is revealed to be a Trump supporter.

In the latest show of tolerance and class we go to New York City, where top Democrat Senator Chuck Schumer reportedly went off the rails on a woman who happened to have voted for President Trump.

As Page Six explains, Hilary Califano was having dinner with her husband Joe Califano, a long-time Democrat and former Secretary of Health under President Jimmy Carter, when Schumer began screaming at her:

Onlookers said Schumer was incensed that Hilary — the daughter of William S. Paley, the founder and chairman of CBS — had voted for Trump, even though her husband, Joseph, is a well-known Democrat.

One witness said of the restaurant rant, “They are a highly respected couple, and Schumer made a scene, yelling, ‘She voted for Trump!’ The Califanos left the restaurant, but Schumer followed them outside.” On the sidewalk, Schumer carried on with his fantastical filibuster: “ ‘How could you vote for Trump? He’s a liar!’ He kept repeating, ‘He’s a liar!’ ”

Sen. Schumer was really rude . . . He’s our senator, and I don’t really like him. Yes, I voted for Trump. Schumer joined us outside and he told me Trump was a liar. I should have told him that Hillary Clinton was a liar, but I was so surprised I didn’t say anything.

As expected, a spokesperson for Senator Schumer denies that there was a heated exchange:

[He] and his wife ate at the café on Sunday, engaging in unremarkable conversation with patrons who approached their table. There were no heated exchanges with ‎anyone.