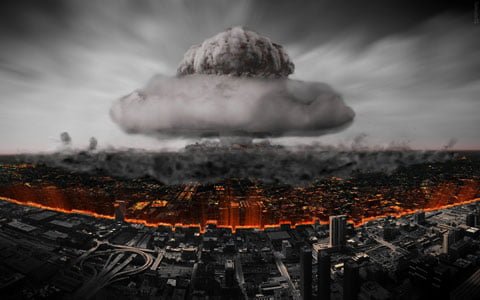 Last month a high level source speaking with Infowars revealed insider details of a nuclear weapons transfer within the domestic United States that was executed without an official directive or paper trail. One expert noted that such re-positioning of nuclear warheads doesn’t happen unless they “plan on using them.”

Curiously, just a day later, Senator Lindsey Graham warned that a failure to attack Syria could lead to a nuclear weapon being detonated in South Carolina. It was a notion that raised eye brows in mainstream media, but more so throughout alternative media circles, which suggested that the sequence of events were indicative of a false flag attack.

Yesterday, we learned that a senior member of U.S. nuclear command and head of the Air Force’s nuclear arsenal was relieved of his command. This has prompted questions about what is going on in the secret nuclear control centers around the country and it’s raising concerns about the security of America’s nuclear weapons.

Now, a report from the Associated Press goes further down the rabbit hole.

Together, the Carey and Giardina dismissals add a new dimension to a set of serious problems facing the military’s nuclear force.

The ICBM segment in particular has had several recent setbacks, including a failed safety and security inspection at a base in Montana in August, followed by the firing of the colonel there in charge of security forces. In May, The Associated Press revealed that 17 Minuteman 3 missile launch control officers at Minot Air Force Base, N.D., had been taken off duty in a reflection of what one officer there called “rot” inside the ICBM force.

In an inspection that the Air Force publicly termed a “success,” the AP disclosed that launch crews at Minot scored the equivalent of a “D” grade on missile operations. In June the officer in charge of training and proficiency of Minot’s missile crews was fired.

The sidelined launch officers were “not taking the job seriously enough,” causing their bosses to worry that they failed to understand what it takes to “stay up to speed” on nuclear missile operations, the Air Force chief of staff, Gen. Mark Welsh, told Congress in May. What it boiled down to, he said, was a lack of “proper attitude.”

Were the recent firings of top military brass a result of indiscretions and alcohol induced misbehavior as the official narrative would have us believe, or could a more sinister plot be developing?

Is it possible that nuclear war heads were, in fact, re-positioned by rogue elements within the ICBM nuclear command group without proper authorization?

And would these senior command terminations have occurred had the story about these weapons not been made public?

It’s all speculation at this point, but what we do know is that the U.S. government under the Obama Administration has been operating under a heavy veil of secrecy that has taken unprecedented steps to identify and prosecute whistle blowers and security leakers, making it difficult for the truth to make it to the public.

The fact that the military graded Air Force missile operations with a “D” should give us pause. That’s a gaping hole in our national security and one that could be capitalized on by those who would do us harm.

Thus, at this point, nothing is outside the realm of possibility, the least of which is the notion that a rogue element operating within the government apparatus may be planning a manufactured crisis on U.S. soil.