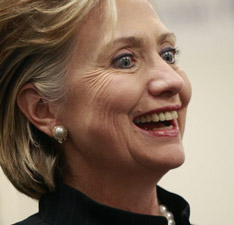 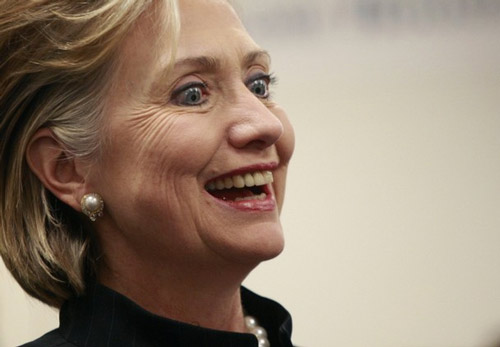 From falls and difficulty climbing stairs to stage panic in the face of protest chants and nonsensical statements to her audience, something appears to be wrong with the former Secretary of State. In fact, even Hillary’s closest aide, Huma Abedin, noted in an email to a State Department employee that Hillary is “often confused.”

Now, according to Kit Daniels of Infowars, inside sources within the Secret Service are leaking information that appears to confirm what many already know:

Hillary Clinton apparently suffers from Parkinson’s or a similar disease and experiences seizures from flashing lights, such as camera flashes at press conferences, the Secret Service told Infowars.

The revelations explain her odd, epileptic behavior on camera and why she avoids press conferences in general.

Her health is deteriorating badly; over the past several months Hillary has suffered several seizures and near-comatose freeze-ups during speeches which, combined with her previous blood clot, concussions and severe coughing fits, reveal she’s hiding serious medical issues that jeopardize her ability to hold public office.

Sources inside the Secret Service initially contacted Infowars reporter Joe Biggs at the Republican National Convention and followed up with details about Hillary’s health out of respect for the public’s interest and national security.

Similarly, a law enforcement official told Breitbart that Hillary was late returning to a debate with Bernie Sanders due to a “flare up of problems from a brain injury.”

Hillary supporters will no doubt deny the claims and attempt to redirect the potential mental and physical issues back at trump, but it doesn’t change the fact that Clinton is publicly displaying symptoms of neurological problems stemming from a previous brain injury.

Most recently, Clinton completely lost her train of thought and “short-circuited” in the midst a loud reaction from a crowd: