Leave it to the best and brightest in Congress to craft legislation that does more harm than good.

Amid a national employment crisis that has left one in every three Americans near poverty and on government welfare, our dear leaders have taken it upon themselves to legislate millions more out of jobs.

The Obamacare mandates slated to go into effect next year will force employers to provide health care coverage, or pay a fine to the government of $3000 per employee if they fail to do so. This is a job killer in and of itself, but it doesn’t stop there.

Under the immigration legislation making its way through Congress right now there exists a provision that will allow illegal immigrants residing in the United States the option of being classified as “registered provisional immigrants,” which means they can work legally within the United States. It sounds like a great idea to the progressive-minded.

“Under Obamacare, businesses with over 50 workers that employ American citizens without offering them qualifying health insurance could be subject to fines of up to $3,000 per worker. But because newly legalized immigrants wouldn’t be eligible for subsidies on the Obamacare exchanges until after they become citizens – at least 13 years under the Senate bill – businesses could avoid such fines by hiring the new immigrants instead.”

What the new legislation essentially does is place a tariff on hiring American citizens.

Estimates suggest that well over thirty million immigrants, perhaps more, will benefit from the law.

That’d be the 23% of Americans who have lost their jobs over the last five years, and the millions more who are struggling to stay gainfully employed in the worst labor market since the great depression.

You see, coupled with Obamacare the immigration bill gives employers absolutely no incentive to hire Americans. In fact, it punishes them for doing so by mandating company sponsored medical coverage or forcing them to pay a tax for failure to provide their employees with healthcare.

By hiring a provisional immigrant, they can avoid those taxes for up to thirteen years.

Businesses across the country are barley staying afloat and Congress will leave them no choice but to lay off employees who will cost them more money under the new healthcare mandates.

It’s basic economics, something our Congressional membership fails to understand.

This is what happens when you don’t read the bills before you pass them.

As you may have guessed, it’s likely that not a single one of the representatives who are in support of the immigration overhaul have read the 1,200 page legislation.

Here are a few responses from the bill sponsors when they were pressed to address the provisional immigrant issue:

“I don’t know. I’d have to look at it closely,” said Senator Bob Casey of Pennsylvania. “I just haven’t read it that closely to know.”

Senator Tom Carper of Delaware said he was too busy to answer the question. “I don’t have the time to drill down on it right now.”

Congress is a vote away from vaporizing millions of jobs because of the ignorance and complacency of the majority of  its members. 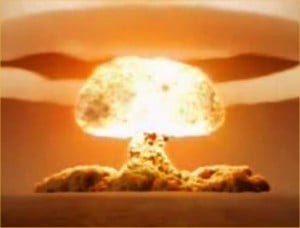 It really makes you wonder… are they doing this intentionally?