REPORT: An Alien Bacteria Has Been Brought Back To Earth From The Space Station 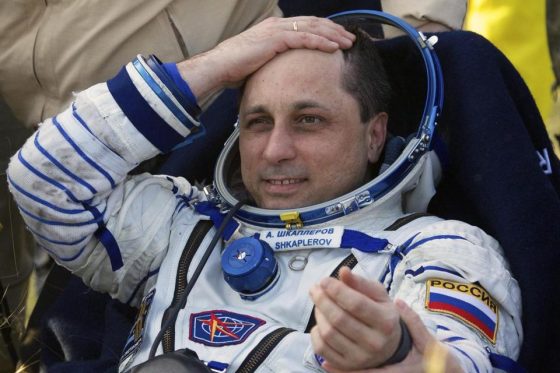 A Russian cosmonaut has said that the bacteria recently found on the International Space Station and brought back to earth, is extra-terrestrial.  The bacteria did not originate from Earth, however, raising more questions.

Cosmonaut Anton Shkaplerov says he found bacteria clinging to the external surface of the International Space Station that didn’t come from the surface of Earth.  The bacteria was swabbed from the exterior of the ISS years ago, but begs the question, just how did it get there?

“And now it turns out that somehow these swabs reveal bacteria that were absent during the launch of the ISS module,” Shkaplerov told the Russian news agency Tass. “That is, they have come from outer space and settled along the external surface. They are being studied so far and it seems that they pose no danger.”  In particular, the Russians took probes from places where the accumulation of fuel waste was discharged during the engines’ operation or at places where the station’s surface is more obscure. After that, the samples were sent back to Earth.

The cosmonaut is preparing for his third trip to the international space station next month. The collection of life forms from the outside of the ISS during one of his previous trips was something of a mini-controversy a few years back. Russian scientists reported that the spacewalk sample harvests yielded evidence of apparent sea plankton clinging to the station. The claims caught NASA by surprise at the time, which said it had heard nothing from the Russians about any space plankton.

Earth bacteria were able to survive on the ISS as well, however. Some terrestrial bacteria survived on the space station’s external surface, though they had remained in a space vacuum for three years. In addition to that, they underwent sharp swings in temperature from minus 150 to plus 150 degrees Celsius, the cosmonaut noted.