Refugees Dumped on West While Israel, Arabs “Refusing… Because Migrants Fail to Assimilate” 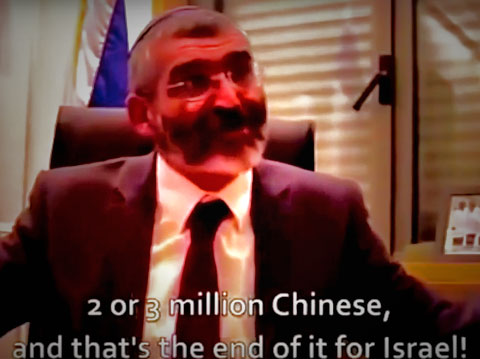 Editor’s Comment: With America’s mindless obsession with political correctness, it is unfathomable to think that we are being invaded by a foreign conqueror, and yet, as Europe is overtaken – demographically – by Muslims who refuse to live by Western cultural norms and laws, they stand in grave danger of cultural suicide. The same will be evident in America if nothing is done to stop it, and it will be the United States most potent form of blowback from the ill-conceived and ongoing War on Terror, now focused on Syria.

Destroying societies in the Middle East is not creating an American empire, or a resource-rich cache of oil and other goodies… instead, it is working against our own social cohesion. So why does this madness go on? Israel and Saudi Arabia, who’ve been willing partners in the U.S. adventures in the Middle East, have not accepted this blowback, so why is it falling upon America?

While Europe is preparing to take in potentially millions of migrants from African and Middle Eastern countries, politicians in Israel and Kuwait admit that their policy of refusing refugees is because the migrants fail to assimilate and pose a huge threat to social cohesion and democracy.

Appearing on Middle Eastern television, a Kuwaiti politician stated, “In the end you cannot accept people from a different ethnicity, culture and environment.”

Striking a similar tone, an Israeli politician asserted, “We’ll bring in a million Africans, half a million Filipinos, 2 or 3 million Chinese, and that’s the end of it for Israel.”

Asked why it posed a threat to allow a million Africans into Israel, the politician responded, “It’s threatening because this will no longer be a Jewish state….our country is a Jewish state, a Jewish and democratic state.”

Israeli Prime Minister Benjamin Netanyahu also asserted that Israel does not have the demographic depths to absorb fleeing migrants.

However, prominent European voices like Hungary’s Prime Minister Viktor Orban, have been denounced as xenophobes by other politicians and the mass media for expressing similar concerns.

“We shouldn’t forget that the people who are coming here grew up in a different religion and represent a completely different culture. Most are not Christian, but Muslim…. That is an important question, because Europe and European culture have Christian roots,” wrote Orban.

The New York Times responded by characterizing Orban’s statement as a “xenophobic response”.

It’s interesting that countries like Kuwait and Israel can assert (and rightly so) that opening the floodgates to vast numbers of unassimilated immigrants is tantamount to national suicide, but when European leaders make the same argument, they are castigated as xenophobes and racists.