It’s boom time. I’m speaking with CEOs and fund managers in multiple sectors and they’re all telling me the same thing: business is booming and they can’t hire fast enough.

The Federal Reserve has just printed so much currency that it’s mind-boggling! 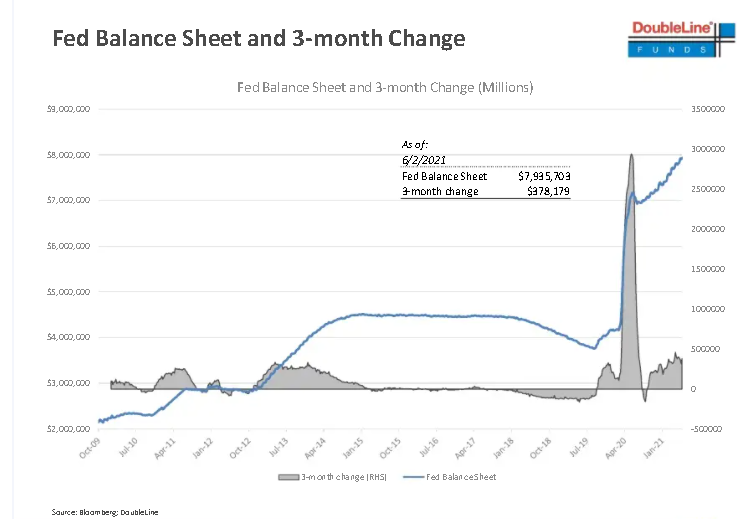 In March and April of 2020, the idea was to bridge people’s incomes since the healthcare crisis decimated millions of households, but the recovery has been so fast that the FED did not expect to see this jolt!

The FED isn’t usually wrong, but when it is, it’s a disaster. For example, look at Ben Bernanke’s remarks on February 15, 2007: “Overall economic prospects for households remain good. The labor market is expected to stay healthy. And real incomes should continue to rise. The business sector remains in excellent financial condition.” He really buried any credibility he had left a month later when on March 28, 2007, he stated that the impact on the broader economy and financial markets by the problems in the subprime markets seemed “likely to be contained.”

When the most important monetary figure in the world is wrong, we have a problem.

The FED and the markets disagreed on inflation for several months, but Jerome Powell has now largely convinced the world that inflation will not get out of hand and speculators have fully returned to gambling activities on the riskiest and most complex and exotic financial products, like meme stocks and altcoins or unprofitable and pre-revenue tech companies.

This brings me back to Bernanke, who said on May 17, 2007, that the FED does not expect significant spillovers from the subprime market to the rest of the economy or the financial system.

Remember that the FED is there to reassure you, not to inform you.

They cannot and will not protect the individual investor from major pullbacks. Instead, they reel you in by giving you a sense that they’re experts and are to be trusted. 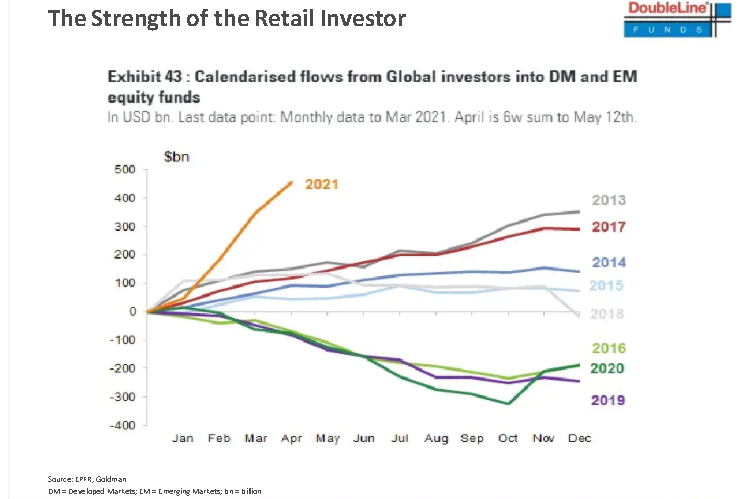 The idea that the FED is always there to buy the dip and put a floor on stock prices has caused this to be the most aggressive inflow of new entrants to the stock market!

Everyone’s in… Just like everyone was in real estate on February 27, 2008, when Bernanke had this to say about the future: “By later this year, housing will stop being such a big drag directly on GDP… I am satisfied with the general approach that we’re currently taking.”

Just six months before the entire financial system crumbled into dust, leaving millions of people on the streets, out of a job, without any retirement accounts, and nearly brought about the end of every major American bank, Bernanke was sure they had it under control!

I am telling you this not because I believe we are headed towards Armageddon or because I’m forecasting some crazy apocalyptic scenario in short order, but I say it because not you, myself, or the Chairman of the Federal Reserve have a full grasp of how the future will be.

What I do know is that stocks are trading at all-time highs and millions are buying assets that they can’t even pronounce correctly or have the first clue what they do, so I’m just voicing my concern that everyone is reeled in and if you didn’t know, the small fish usually end up being lunch.