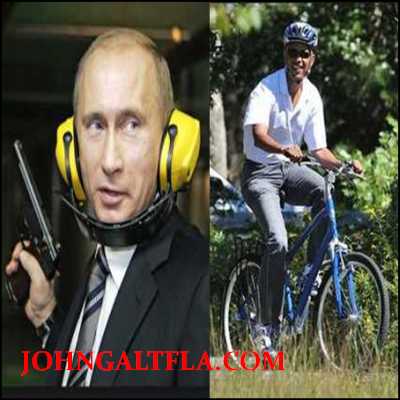 This article has been generously contributed by John Galt. Follow his John Galt FLA web site for essential news, informative analysis and a truly unique perspective on global happenings. Be sure to check out his widely popular The Day The Dollar Died series available for free online, as well as John’s latest The Year After the Dollar Died.

The news from the Ukraine tonight continues to defy reality with this Reuters story from May 14th and the events since the election yesterday:

Really? Does anyone involved in the talks sponsored by the SorosECBFedBoE pro-multinationalist corporatist movement would invite a bunch of Russian soldiers to discuss the future of uh, well, Russian people in the Eastern Ukraine? The problem they seek to address is not the crisis in the Ukraine, it’s bankster sponsored government, nor the crisis between the East and West; the problem is whether nationalism or globalism will reign supreme for the next two to four decades. That resolution rests in the hands of a former(?) KGB Colonel who might in fact destroy his own reputation with impotence instead of direct action.

The numerous scenarios about a Russian invasion of the Eastern Ukraine have been painted on this website and thousands of others and while Russian speaking citizens continue to die, the inaction by Putin either indicates a calculated risk that he can seize the regions he desires with little if any military action or that the resolve of the West is so poor they will eventually give up in the face of economic warfare to be conducted from Moscow.

I truly believe both parties have miscalculated after the annexation of the Crimea and continue to do so with the instability in the Donbas, Kharkov, Odessa, and throughout the Eastern Ukraine ongoing for well over a month plus at this time. Now the elections are complete and the new President-Elect Poroshenko apparently has no intention of working with Russia in a serious manner as his lip service to talks with Russia is also being met with a renewed and increased military attack on the rebel forces in Donetsk and surrounding areas today. The most critical part of Poroshenko’s statement about the future was highlighted yesterday after his election victory:

“We will take unhesitating steps to implement the association agreement with the European Union.”

This association can not be allowed to move forward or Vladimir Putin’s “red lines” will appear to make him into the Obama of Eurasia, a weak and impotent leader unable to deal with conflicts overseas, much less protect Russian speaking or ethnic citizens along his own border.

The NATO strategy to put a wedge between Kiev and Moscow is well underway with this statement from the Karl Lamers, the head of the delegation of the NATO Parliamentary Assembly in this story via the Russian news service Interfax this morning:

Poroshenko should become president of all Ukraine – NATO Parliamentary Assembly

KYIV. May 26 (Interfax) – Karl Lamers, the head of the delegation of the NATO Parliamentary Assembly during the presidential elections conducted in Ukraine on May 25 considers the elections to be successful.

Lamers also pointed out the role of the Ukrainian administration, which was able to organize the electoral process properly in a very difficult situation.

The new president of Ukraine will have difficulties, but he should represent all Ukrainians and unite all Ukrainians, regardless of ethnic origin and language, he said.

While this might sound like the mandatory lip service of Western wishful thinking to recreate the Ukrainian nation in its original form, Lamers overlooks the fact that Poroshenko does not recognize the annexation of the Crimea and will work to expand in increase ties with the EU and NATO if possible. A policy shift of this magnitude is all but daring Putin to occupy the Eastern Ukraine yet he will not move until the new Ukrainian President visits Moscow. After that visit however, Putin’s options will remain quite limited and the outcomes dire for all parties, worst of all for Russia and Putin:

1. Putin does not act to protect Russian speaking citizens in the East and the Ukrainian military, with Western aid re-asserts control of its borders minus Crimea. This is the worst case scenario and Putin will become an Obama like joke to China, Iran, potential future Middle East allies in Egypt and Libya, and even to NATO’s European partners.

2. Putin cuts off all economic aid including natural gas, foodstuffs, and other trade with Ukraine but does not invade militarily to secure the East. Once again he looks like an elderly white version of Obama to the world.

3. Putin intervenes militarily and economic sanctions from the United States limit Putin’s ability to conduct business with Canada and the U.S. but Europe fails to join in the sanctions. The Eastern Ukraine is lost along with the areas on the Black Sea around Odessa including Transnistria, thus securing a sufficient buffer between NATO and the Russian homeland. The Ukrainian government screams for help but the West, especially Europe is powerless to intervene beyond lip service as usual.

Of all the outcomes, the third one is the most likely as the weather is favorable to conduct limited combat operations, the Ukrainian military wants no part of a direct conflict with the Russians, and the Ukrainian government is bankrupt and unable to sustain combat for any more than a week tops. Logically speaking Vladimir Putin’s time to act is limited and a failure to due so will result in an impotent weakened Russia with little influence outside of its own borders.

This article has been generously contributed by John Galt. Follow his John Galt FLA web site for essential news, informative analysis and a truly unique perspective on global happenings. Be sure to check out his widely popular The Day The Dollar Died series available for free online, as well as John’s latest The Year After the Dollar Died.

Also By John Galt FLA: TSHTF Inflation – “What YOU Will Pay for What You Need to Survive”