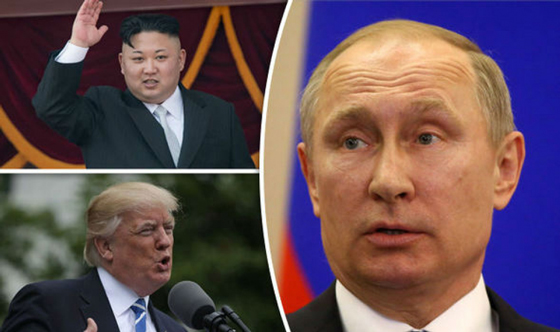 It seems like there is a new escalation between the United States and North Korea on a daily basis. This week the United States sent  F-15 tactical fighter aircraft to the region and tested bombs along the North Korean border in a show of force, to which Kim Jong Un responded by telling his citizens that a war with America is “imminent.”

Earlier this week we reported that well known cyclical forecaster Martin Armstrong warned that the window for war will be wide open by mid September, and recent actions in Russia suggest his prediction could well come to pass.

According to numerous reports, Russian President Vladimir Putin has ordered the evacuation of residents living in eastern cities on Russia’s border with North Korea, including 1,500 people in Vladivostok:

Russian civil defence officials were reportedly ordered to shift residents in the country’s far east to “safe areas” in a extraordinary move amid fears of a worldwide conflict.

The order to evacuate residents “came from the regional department of the Russian Ministry of Emergencies”, according to pro-Kremlin media outlets.

The civil protection department in Vladivostok was instructed to relocate residents living in the border area with North Korea.

A relocation scheme is being exercised as part of the training,” said a source.

Russian foreign ministry spokeswoman Maria Zakharova has warned that the North Korean crisis could morph into an armed confrontation and “lead the world to the brink of a catastrophe”.

Via: The Daily Star

“Our President will be forced to respond…”

No need to panic, however.

Related: Forecaster Martin Armstrong Warns Of War In September: “We Must Be On Guard… Prime Period Where A Confrontation Could Emerge”