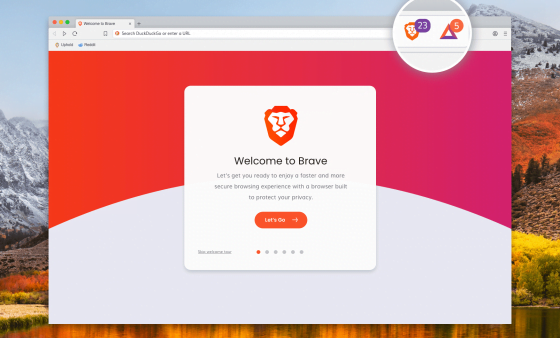 The free market is coming in to assist those who have been censored or cannot find information that has been censored by Google and other big tech giants.  Privacy-focused web browser Brave is readying to launch a search engine that will compete with Big Tech while also being free of its influence.

Decentralization is going to be the downfall of the current systems set up to remove power and wealth from the many while transferring it to the few. This is yet another sign of the times. Those who think they own other humans are going to fail.  The systems will come crashing down and it will be up to all of us to make sure we never fall under a belief system that some have the right to rule others ever again.  Humans are waking up!

“Under the hood, nearly all of today’s search engines are either built by, or rely on, results from Big Tech companies. In contrast, the Tailcat search engine is built on top of a completely independent index, capable of delivering the quality people expect but without compromising their privacy,” Brave said in a press release. “Tailcat does not collect IP addresses or use personally identifiable information to improve search results.”

Google has been manipulating search results and censoring websites for years. Now there’s at least a way around all of that as the power structure crumbles and people realize they no longer have to be slaves to anyone. Freeing the mind is the first step.

According to the Washington Examiner, Brave, which was founded by ex-Mozilla CEO Brendan Eich, announced it had acquired an open-source search engine originally developed by the now-defunct Cliqz anti-tracking browser and search platform. Eich also promised that the platform would be free of censorship.

“Brave will provide the first private browser+search alternative to the Big Tech platforms and will make it seamless for users to browse and search with guaranteed privacy,” Eich said. “Also, owing to its transparent nature, Brave Search will address algorithmic biases and prevent outright censorship.”