Presidential Elections: The Business Of Illusion 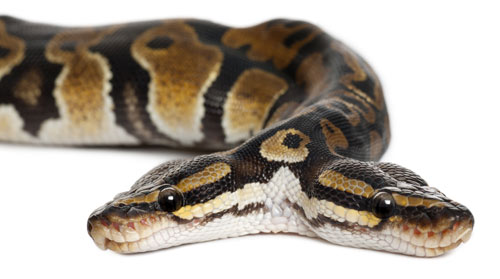 It never ceases to amaze that in this nation of approximately 315 million people, these are the best candidates we can field for the office of President of the United States.  Observe the prior and current field, and your “front four” for the Democrat and Republican Parties.  Hillary Clinton, Bernie Sanders, Ted Cruz, and Donald Trump.  Keeping this in mind, it is the business of elections, rather than a process of elections.

The election itself is a sham: it provides the illusion of choice, when it is the ones who pull the strings behind the scenes that select their “president” long before any of the uncomprehending public pulls a lever.  Controlled by the bankers, corporations, and those “vetted” and in positions of power within a myriad of interlocking globalist cliques (the Club of Rome, Bilderbergers, CFR, etc., ad infinitum) the elections place in office those who will follow their agendas in a time-frame of their choosing.

Look at them.  Just take a long, hard look.  Our “vote” is only for the lesser of two evils, nothing more.  Just when it seems someone is going to rise up and do in accordance with the Constitution and become a public servant and a leader, either the moneyed interests knock him off at the knees or the press scandalizes him.  Both of these two that “X” out the candidate are completely controlled by the aforementioned “ragnatela di controlla,” or “spider web of control,” as termed in the Italian.

The front runners make it all the way to the final steps and are able to keep all of those lovely, tax-deductible campaign contributions.  Warren Buffet was once quoted as saying the office of the president is for sale, and it will run you about $500 million.  So true.  Gone are the “whistle stop” and sack lunches train tours of the country…it’s all Learjet and caviar with a bottle or two of Dom Perignon.  The latter beverage the candidates take as donations, rather than make as a purchase.

The television governs every move, every step, and the candidates have almost as much makeup as Tammy Fay Baker once sported.  Manicured to the finest detail (Bernie Sanders excluded), they have rehearsed their lines and have voice coaches to maximize emotive impact and the image of sincerity.  Everything about them should scream to those watching that it is a fraud that has been embraced by the public, rather than simply thrust upon them by the politician.

Of course, there is no such thing as a spotless person, however, look at these candidates.  Hillary Clinton and her husband practically committed murder (indirectly), as in the MacDougal’s, Ron Brown, and others.  Hillary was directly responsible for the deaths in Benghazi.  She has stolen, lied, manipulated, and sold this country down the river on too many occasions to count.

Look at Trump.  Whatever happened to the last time…the other election, when the Republicans fielded a breed of sheep, the Romney, who was already “0 -1” from the 2008 election?  Does anyone remember that Trump withdrew from running before?  Has anyone seen the photos of him with the Clintons, with Putin?  And as far as business is concerned, it’s easy to be considered “astute and successful” when you start on your own with more than a million from mom and dad.  Too many these days equate success with a balance sheet, rather than unbalance plainly visible in their personal and professional lives.

Couldn’t we field Peyton Manning with perhaps Marcus Luttrell for Republican President and VP, respectively?  These guys would be a ticket to actually benefit the United States: A Super-Bowl winning quarterback and a Navy Seal.  At this rate, even Ronald McDonald and the Burger King would give us more of a chance at turning this country around than the cast of characters presently with top billing in the big-top presidential elections.

It’s all about money and power, in that order, and the powers that be will limit the power of the office of the president within the guidelines of their requirements toward a transition of globalist neofeudalism.  As I mentioned once before, no matter who wins, the American people lose.  The loser who wins is merely a reflection of the society as a whole.  The problem is, once they’re in office, to paraphrase Clark Gable in “Gone with the Wind,” they don’t give a damn…except for themselves.

Dystopian Fiction of Yesterday is the NWO of Tomorrow: “The Shift is Toward Totalitarianism”