You may be excited to hear that President Obama has had enough with all of the central bank currency manipulation.

“Changes are difficult for them politically, I get it,” Obama said at a news conference…

“But the United States and other countries, I think understandably, feel that enough’s enough.”

Of course, he’s not talking about the US Dollar or Federal Reserve monetary intervention. The problem is not with a collapsing financial, economic and monetary system here in the U.S. – it’s those red commies in China!

Now, don’t get us wrong – we’ve got no love for the red commies. But, before we can lecture other countries on their monetary policy a wee bit of self reflection may be in order. Mr. Obama continues:

Using some of his toughest language yet against China, Obama, a day after face-to-face talks with President Hu Jintao, demanded that China stop “gaming” the international system and create a level playing field for US and other foreign businesses.

“We’re going to continue to be firm that China operate by the same rules as everyone else.”

Obama insisted that China allow its currency to rise faster in value, saying it was being kept artificially low and was hurting American companies and jobs. He said China, which often presents itself as a developing country, is now “grown up” and should act that way in global economic affairs. 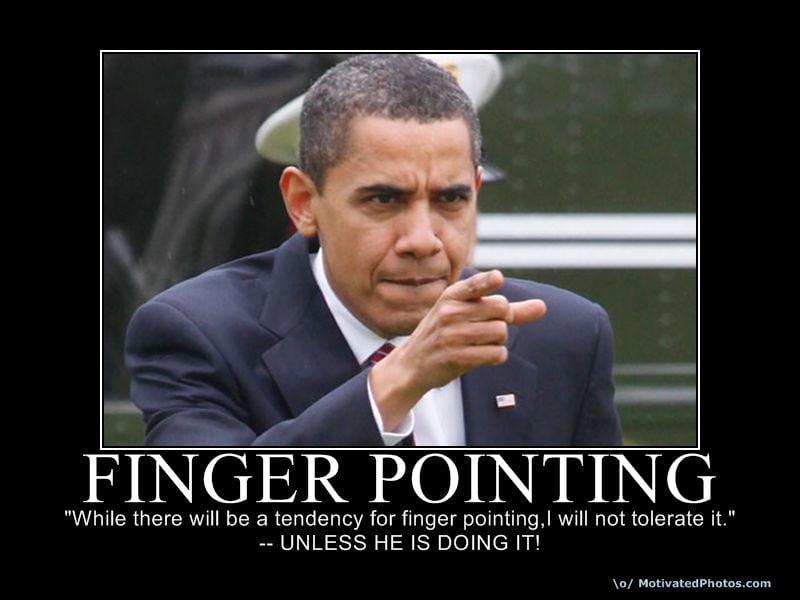 And which rules, pray tell, is Mr. Obama referring to here? The rules governing free-market ideals of personal responsibility and allowing an enterprise to succeed or fail on its own merit? Or, are we talking about the rules of centrally planned oligarchies that are designed to enrich the few by existing outside of the rule of law and at the expense of the voiceless tax payer who has to cover their losses with their labor, savings and, as is often the case, their lives?

On the heels of a crumbling banking sector in late 2008, Congress and President Bush implemented emergency measures to save the too-big-too-fail institutions that threatened to usher in an era of tanks on the streets of America. President Obama happily continued the policies and further expanded the trillions of dollars required to stabilize the US financial system. Furthermore, he, Congress and their fellow business partners in the private sector initiated a host of stimulus, bailouts and cash infusions that have been estimated to have cost the US taxpayer upwards of $20 Trillion.

President Obama points the finger at China, claiming that they need to act like grown ups, while at the same time acting like an irrational and immature child with respect to monetary and financial policy. A responsible grown-up that has spent any time working in the private sector understands that when debts get piled on too high, you cannot take on more debt to cover your expenses; all this does is extended the timeline and increase severity of the inevitable collapse once your inability to further extend credit is realized. Only a child would believe that they can not only maintain their current expenditures, but triple them, without any meaningful increase in revenue. Only the imagination of a child living in a fantasy world could create the idea that we can just print money and lend it to ourselves – and then expect everything to be OK.

More insight on the matter from the President:

“There’s no magic formula. There are no magic beans that you can toss in the ground and suddenly a bunch of money grows on trees.”

The problem with Mr. Obama’s rhetoric, of course, is that his policies are wholly dependent on the money growing tree construct, and for the time being they have figured out how to temporarily increase the tree’s yield through monetary manipulation –  ahem, intervention.

Mr. Obama telling China that “enough’s enough” is quite ironic, considering that we are engaging in widespread monetary, financial and economic machinations that make China’s currency activities look like child’s play.

The President’s vapid accusations are propaganda at best and pure ignorance at worst. We dread the day that China finally says and acts on the rhetoric of “enough’s enough.”

When that happens, look out below, because at that point it will become crystal clear that there is no money tree and that our political and economic systems have been managed by individuals operating from the emotional and intellectual aptitude of eight year olds.