Prepping: 5 Inexpensive Barterable Items To Stock Up On NOW 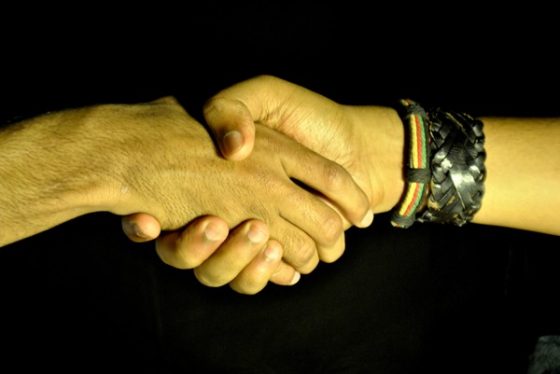 When it comes to prepping, a lot of us stock up on the things we think we will need personally.  But there are some items that you should consider stocking up on, even if you aren’t going to use them because they will come in handy if you need to return to a barter system after the SHTF!

Barterable items could be worth their weight in gold, especially if you desperately need something.  While not everyone uses all of the items listed below, consider grabbing some anyway as they could be of valuable use to someone else and you could trade for something that will make your life easier.

Obviously, not everyone partakes in alcoholic beverages.  Even if you don’t drink alcohol, just having some bottles of distilled spirits could be worth the money. Alcohol can be traded for other items.  Vodka, rum, whiskey, tequila, etc. (distilled spirits) will not go bad in a sealed, unopened bottle. As long as you don’t expose the contents to oxygen, you will have a bottle of booze that will be valuable and barterable after the SHTF.

This one isn’t as obvious, but it’ll come in handy. Most people absolutely loathe the feeling of cracked, chapped, and bleeding lips, and making sure you’ve got some of this on hand to trade could not only help someone else out but keep yourself from going through the horrible feeling as well.  It may not seem like it, but when people become dehydrated and have failed to keep an adequate amount of water, they will gladly trade for some relief from chapped lips.

Again, even if you don’t smoke or chew tobacco, many do and will gladly trade you their items for your stash.  Tobacco products are not necessarily cheap or inexpensive, however, based on what you could likely get in exchange for these items that will be in demand when the SHTF, it could prove such.

This one should need little explanation. Everyone needs it. Everyone uses it.  And most don’t stockpile it. Enough said!

This may be your most powerful bartering item. Storing ammunition could help others protect themselves and generate a source of food if they need it. Keeping several hundred rounds of popular sizes of ammunition could be equal to having gold.  Let’s face it, you can’t eat gold and throwing it at a deer won’t feed your family. If you choose to hoard some ammo, grab the most common sizes, even if you don’t own anything that will shoot these rounds. These are the most popular rounds, but getting some in other sizes will not hurt in the least:

These five items will help you improve your prepper stockpile while also adding the benefit of being useful, in demand, and therefore, barterable after the SHTF.

Again, this is certainly not the list of everything that may be barterable, but it’ll get you started and thinking and prepping and that’s the ultimate goal.