Preparing For A Financial Apocalypse: Insiders Are Selling “$600 Million Of Stock Per Day In August” 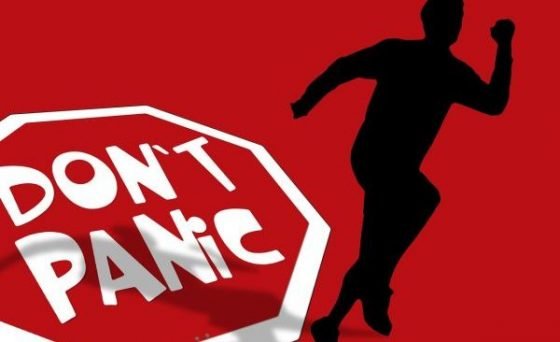 This article was originally published by Michael Snyder at The Most Important News.

In the U.S., corporate insiders have been selling stocks at an average rate of 600 million dollars per day during the month of August. This kind of wild selling indicates that there is a tremendous amount of fear among corporate insiders right now, and such selling would only make sense if a stock market crash is imminent.

And without a doubt, we have already seen volatility return to Wall Street in a major way as our trade war with China has dramatically escalated. Many Americans are hoping that things will start to calm down and that our trade conflict with China can be resolved calmly because if things take a bad turn many analysts are warning that we could soon be facing the worst financial crisis since 2008. Here is one example…

Remember the brutal sell-off last year when stocks suffered their worst December since the Great Depression? Something worse than that could happen in days, a Nomura analyst said.

Macro and quant strategist Masanari Takada turned heads earlier this month with his bold call for a “Lehman-like” plunge. He’s sticking with this prediction as market sentiment shows no signs of improving, leading him to believe a monster sell-off could arrive this week.

With chilling forecasts like that being thrown around on a regular basis these days, it is understandable that corporate insiders would be tempted to get out of the market, and right now they are racing for the exits at a pace that is absolutely breathtaking. The following comes from CNN…

Corporate insiders have sold an average of $600 million of stock per day in August, according to TrimTabs Investment Research, which tracks stock market liquidity.

August is on track to be the fifth month of the year in which insider selling tops $10 billion. The only other times that has happened was 2006 and 2007, the period before the last bear market in stocks, TrimTabs said.

In other words, the last time we saw corporate insiders dump stocks like this was just before the last financial crisis.

Clearly, many among the elite are preparing for the worst. They can see financial disaster looming on the horizon, and they are getting out of the market while the getting is still good.

On the other hand, there are multitudes of Americans out there that are completely convinced that President Trump will be able to successfully navigate us through any storms that may be ahead.

When Barack Obama was in the White House, national interest in prepping soared to all-time highs, but since Trump entered the White House things have completely reversed. The following comes from Business Insider…

But since President Trump took office in 2016, prepping has taken a dive nationwide. There are fewer prepper conventions held across the US, and several prepper business owners who spoke with Business Insider (as well as Mills), say the prepping community is not as active as it was three years ago. It’s an indication of how Trump relieves many of the worst fears of his voters, including conservative preppers.

“It definitely seems to be cycling with the White House,” prepper and inventor Mikhail Merkurieff, who builds and sells prepping and camping tools including stoves, cooking utensils, and portable shelters, told Business Insider.

With a Republican in the White House, many conservatives simply do not see any reason to prep anymore, and so things are completely different than they were about four or five years ago. Many former preppers seem to believe that having Trump in the Oval Office means that “we don’t have to worry about anything”…

Rick Austin, who organizes a popular “Prepper Camp” in the hills of North Carolina every year, which is attended by roughly 1,400 worst-case-scenario preparers hoping to beef up their skills, also noted a downturn.

“Businesses are down because people have kind of gone, ‘Oh, you know, Trump’s in office, we don’t have to worry about anything,’” he said while milking his goats from an “undisclosed location” in the Appalachian Mountains.

So we are witnessing something extremely strange right now.

Corporate insiders and the Wall Street elite are feverishly preparing as if a “perfect storm” was about to strike, but meanwhile millions upon millions of hardcore conservatives feel completely relaxed because they feel like Trump has everything under control.

“China called last night our top trade people and said. ‘Let’s get back to the table,’ so we will be getting back to the table and I think they want to do something. They have been hurt very badly but they understand this is the right thing to do and I have great respect for it. This is a very positive development for the world,” Trump said.

Subsequently, however, the Chinese denied that such a call had taken place…

In Beijing, Foreign Ministry spokesman Geng Shuang said he was not aware that a phone call between the two sides had taken place. And Hu Xijin, editor-in-chief of Chinese state-run newspaper the Global Times, denied that negotiators had held the phone calls Trump described.

“China didn’t change its position. China won’t cave to U.S. pressure,” said Hu, who is widely seen as a mouthpiece for Beijing’s messaging.

We shall see where things go from here.

It would certainly be a step in the right direction if the two sides start talking again, and the Chinese have definitely expressed a desire to avoid any further escalations…

In response, Chinese Vice Premier Liu He told a state-controlled newspaper on Monday that “China is willing to resolve its trade dispute with the United States through calm negotiations and resolutely opposes the escalation of the conflict,” Reuters first reported, citing a transcript of his remarks provided by the Chinese government. Liu is China’s top trade negotiator.

Speaking at a technology conference in China, Liu added: “We believe that the escalation of the trade war is not beneficial for China, the United States, nor to the interests of the people of the world.”

But with a presidential election looming about a year away, the Chinese are simply not going to accept any deal that is appreciably different from what they expect that they could get from Joe Biden or Elizabeth Warren.

And it is also very unlikely that President Trump will cave in and give the Chinese what they want. So ultimately we will see episodes of hope on Wall Street on the days when it looks like the two sides may start talking again, but there won’t be a deal any time soon.

Many people believe that we are living during one of the most critical moments in U.S. history, and we haven’t seen this sort of fear in the financial markets in a long time.