“Prepare for Primitive”: How to Survive For One Week, Alone in the Wilderness 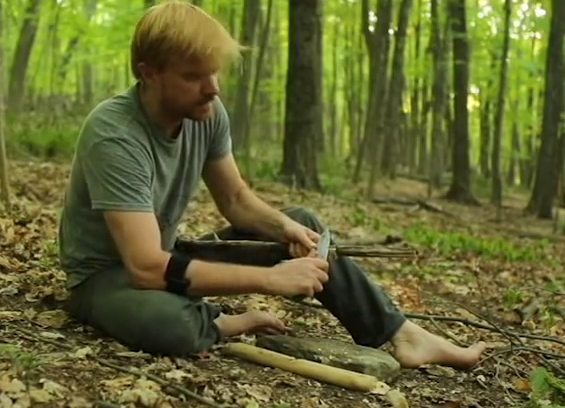 It is time to become organized, prepared, focused and self-sufficient.

You can do it. If you don’t take control of your future now, there are dark and powerful forces that are prepared to shape that future for you.

Indeed, there isn’t a whole lot that most of us can do individually to stop what is coming, or what is being done by powerful people at central banks, in Washington or in hot spots around the globe.

But one thing we still have power over is ourselves, and that power grows with the skills and mindset that we develop and train with. That will remain important, whatever comes our way.

Here’s a video of how one man takes on being alone for a week in wilderness:

In this video (part one and two) I go into the wilderness of North Eastern North America with only a knife and live off the land for a week. I document many of the crucial steps and tips and tricks that I do to survive in the forest. Skills shown are shelter, primitive fire, bark containers, water purification, fishing, weaving natural rope, bark shelters, trapping, edible plants, primitive cooking, fish traps….and tons more.

What would happen if the SHTF over the weekend (it very well could), and you were forced to resort to your bug out bag, a few supplies and the wild around you? Could you make it on your own if civilization collapsed around you, and many others were competing for basic needs as well?

Many of us could do it, but not everyone is prepared.

Establishing water, shelter, food, fire and more become the most important priorities in a crisis, and only with practice do we gain the competency to handle ourselves in nature, against the odds and without the support of modern society and its conveniences.

Someday, it may unfortunately no longer be practice but necessity. If that day comes, it would be best to be ready.

The Prepper’s Blueprint: Disaster Is Coming… Here’s How to Prepare

95 Survival Tips For When the SHTF: “Carry These. Do This. And Don’t Ever…”

Survival Communications After a Collapse: “Pringles Can And Broadband Routers Could Create a WiFi Network”