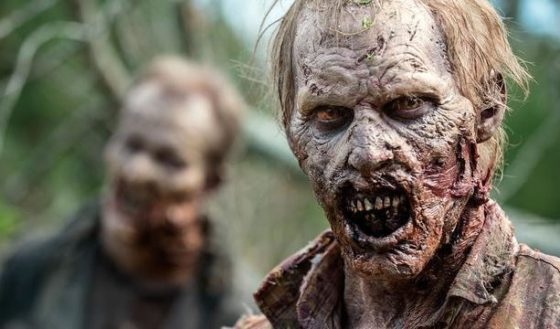 Lake Worth, Florida falsely sent out a “zombie alert” during a power outage causing some concern among residents. The Lake Worth community Facebook page claims the message was “unintended.”

The message was sent during a power outage at about 1:45 a.m., but it contained the additional warning of a “zombie alert for Lake Worth and Terminus,” potentially referencing the city in the zombie TV show “The Walking Dead.” The notice declared: “There are now far less than seven-thousand-three-hundred-eighty customers involved due to extreme zombie activity.” 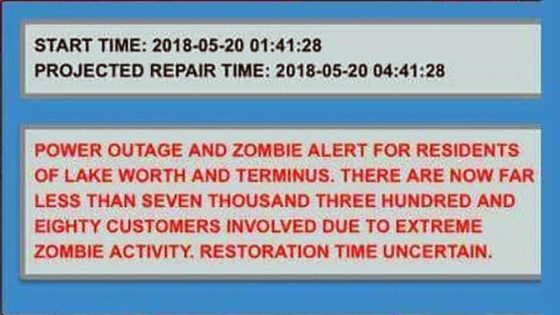 Lake Worth’s announcement was apologized for in their Facebook post.  “We are looking into reports that the system mentioned zombies,” said Ben Kerr, the city’s public information officer, in the post. “I want to reiterate that Lake Worth does not have any zombie activity currently and apologize for the system message.” According to the post, Kerr said 7,880 customers were affected and that power was restored within only 27 minutes.

Zombies have increased in popularity in recent years thanks, in part, to the TV series “The Walking Dead.”  Although zombies are not real (unless you consider the countless Americans walking around unaware of their surroundings with their faces locked onto their phones) people seem to often have an interesting response to such alerts.

But as the above video points out, the zombie apocalypse is already here.  And it could be just as scary as humans infected with a virus which gives them an “undead” appearance and demeanor.