Postmaster Warning: The United States Postal Service Is In A “Death Spiral” 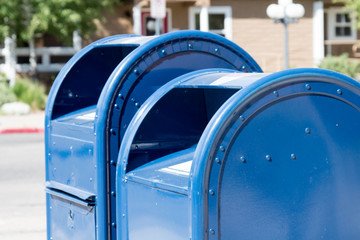 The United States Postal Service (USPS) is in a “death spiral” as it fears it will run out of cash by 2024. The postmaster general warned Tuesday that unless major changes are made to the model politicians set up to fail, the USPS will be unable to remain solvent.

The USPS has had dwindling revenue for years, even though they deliver to about 1 million new addresses each year.  Most of the reason why is because private companies, such as UPS and FedEx are offering services the post office cannot. Competition in the marketplace will lower the costs, but public services can’t compete with private ones (because bureaucracy is expensive), and historically, are disasters waiting to happen.

The organization has stayed afloat largely by defaulting on $48 billion in mandated payments over the past several years, Megan Brennan, the Postmaster General said during a hearing called by the House Committee on Oversight and Reform, and its operations are further complicated by inflation-linked caps on price increases for key products, according to a report by the Washington Examiner. “Given the restraints imposed by law, no set of management actions is sufficient to offset the continuing decline in the use of mail,” said Brennan.

People are moving toward online statements and paperless options when possible, which is helping to make USPS obsolete. And politicians are already suggesting that the government, over $22 trillion in debt, should just throw money at USPS to force it to work rather than letting it fail so the void can be filled by private companies operating in a more free market.

Changing the 2006 law which requires the post office to pay in advance for retiree health benefits, rather than covering them as they come due, won’t fix the problem of fewer Americans choosing to use paper mail. And experts agree, it’s not going to solve the problem of USPS’s insolvency in the long run.