Possible Budget Deal Will Add $2 Trillion To The National Debt 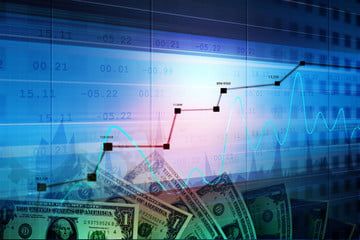 About the only thing all people in government an agree on is that they need to spend more money and go further into debt.   If the new budget deal is signed by President Donald Trump, he will have authorized a 22 percent increase in federal discretionary spending during his first term in office while adding $2 trillion to the national debt.

The White House and Congress are closing in on a deal to hike spending and postpone a battle over the debt limit until July 2021—eight months after the next presidential election. The agreement includes $75 billion in budgetary offsets, Bloomberg reports. Though a final deal has not yet been reached, the plan is for Congress to pass the new budget before July 26, when lawmakers will begin a six-week summer recess.

Trump has already announced that a deal has been struck with democrats that will saddle unborn Americans with even more debt.

The proposed plan will increase current spending caps by $320 billion over the next two years, with the spending hikes equally split between domestic programs and the military. Depending on the details, the budget could add as much as $2 trillion to the national debt over the next decade, according to the Committee for a Responsible Federal Budget (CRFB), a nonpartisan groups that favors balanced budgets. –Reason

A skyrocketing national debt is not good for the value of the dollar and will have the added effect of inflation. And so far, only one politician has the guts to say it like it is:

More spending. More debt. More failure of representation. This “deal” reflects our broken process. A few “leaders” dictate terms to everyone else. They don’t care how bad the “deal” is for America, as long as they maintain power. They then bribe and punish others to get it done. https://t.co/v6URi8T7x6

In a statement, the CRFB said the budget deal “may be the worst in history,” given the country’s current precarious fiscal condition. “Members of Congress should cancel their summer recess and return to the negotiating table for a better deal. If they don’t, those who support this deal should hang their heads in total shame as they bolt town,” says Maya MacGuineas, president of the CRFB. “This deal would amount to nothing short of fiscal sabotage.”

It’s apparent at this point that there is virtually no political coalition in Washington, D.C., genuinely interested in reducing spending and bringing the national debt under control. Democrats are largely a lost cause when it comes to fiscal responsibility, while Republicans—with few exceptions—are little better, having abandoned decades of lip service to the benefits of smaller government. –Reason

Prepare For The Day Of Reckoning: The National Debt IS A Worsening Problem

But the national debt will continue to grow even without lawmakers adding to it and extrapolating a problem that’s already beyond repair. The CBO presently projects that the federal government will add another $11.6 trillion to the deficit over the next decade. By 2049, the national debt will be more than one and a half times the size of the entire U.S. economy, breaking a record set during World War II. If a recession hits, those numbers could be worse.

The economic and monetary disaster which seasoned prognosticator Peter Schiff predicted is no longer hypothetical-it is here today. And nobody understands what to do in this situation better than the man who saw it coming. For more than a decade, Schiff has not only observed the economy but also helped his clients restructure their portfolios to reflect his outlook. What he sees today is a nation facing an economic storm brought on by growing federal, personal, and corporate debt; too little savings; and a declining dollar. Crash Proof 2.0 picks up right where the first edition-a bestselling book that predicted the current market mayhem-left off. This timely guide takes into account the dramatic economic shifts that are reshaping the world and provides you with insights and information to navigate the dangerous terrain. Throughout the book, Schiff explains the factors that will affect your future financial stability and offers a specific three-step plan to battle the current economic downturn. –Crash Proof 2.0: How to Profit From the Economic Collapse, book description