Possible Big Foot Sighting: Young Boy Lost In The Woods Says He Made Friends With A “Bear”… But Could It Have Been Something Else? 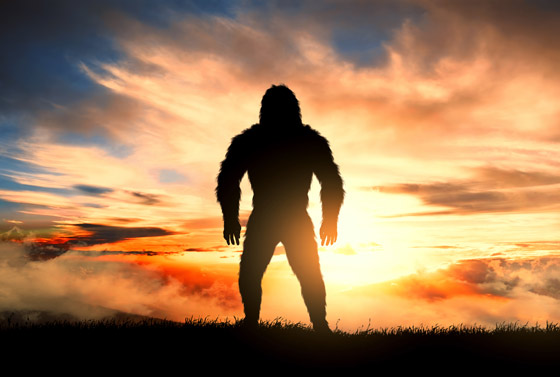 When 3 year-old toddler Casey Hathaway was found by police three days after he disappeared from his grandmother’s backyard in North Carolina, he told his family that he had “made friends with a bear.”

While the kid has no reason to make up such a story, what’s interesting is that temperatures dipped into the 20’s – well below freezing – suggesting that something most definitely helped him to survive in the vast wilderness. According to the family, the boy is medically fine, showing no serious signs of exposure.

Most news agencies and reports ultimately ran with the “bear” story and some concluded that the story was a figment of the boy’s imagination, but could there be another explanation?

Police have suggested that the boy may have been abducted and that his kidnapper may have had a change of heart and returned the boy.

But others suggest an alternate story.

Witnesses and investigators have long believed that the heavily wooded areas of North Carolina are home to Sasquatch, affectionately known as “Big Foot.”

Debate is raging on social media about the “bear,” as noted by the International Cryptozoology Museum:

Sasquatch researchers suggest that the boy may have been in the care of an animal that he called a bear because it may have, to some degree, resembled a big, hairy creature and he didn’t know what a sasquatch (or even an ape) was if it was one.

One commentor suggested that this is actually the most plausible scenario:

How the boy survived in freezing temperatures during heavy downpours in a heavily wooded wilderness for three days is most certainly an interesting topic of discussion.