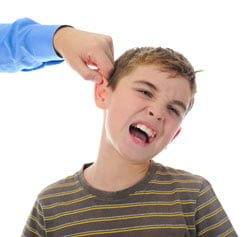 The following article has been shared with our community by Joe “The Plumber” Wurzelbacher. You can follow Joe’s regular commentary and insights at JoeForAmerica.com or visit his Facebook page.

Recently, a California court has sided with a mother who was placed on a state child abuse database after spanking her 12-year-old daughter. She claimed a parental right to impose reasonable discipline on her child, who was slacking off in school. The court agreed: “Reasonable” corporal punishment is a legitimate disciplinary measure.

Let me tell you, I was not always the greatest kid and my parents did what had to be done. They would talk with me, explain things and spend time with me and my brother. My parents were and are great role models but I’m here to tell ya I definitely got my behind whooped.

Guess what? I deserved it.

My dad was very serious about the whole thing. I would get into trouble, back-talking, or being disrespectful, which were both spanking offenses. He would send me to my room and I would have to wait patiently. Then he’d come in and explain why I was there, what I did wrong and what he expected of me in the future – often with a story where we would both laugh. Then he would stand up, take off his belt and I assumed the position.

Afterwards we might talk just a bit longer and depending upon what I did to get into trouble in the first place I would either have to stay in my room longer or I was free to go. I never hated my dad for those spankings, it was obvious I was at fault. 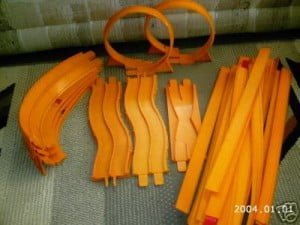 My Ma loves me more than anything in this world and she would spank my ass with a spoon, a hot wheels race car track (why did I ever ask for those for Christmas??), a switch, a belt, her hand, or just about anything she could lay her hands on at the that particular time to prove it! Believe me, I definitely deserved it!

Then, like everything in this country, the liberals, academia and the do-gooders got involved.

The American Academy of Pediatrics urges parents not to resort to any sort of corporal punishment or spanking under any circumstance. “There’s no reason to get physical with a child when other discipline tactics are more effective,” says Benjamin Siegel, M.D., chair of the AAP’s Committee on Psychosocial Aspects of Child and Family Health.

Understanding that I have not done a survey of any significance involving kids who got spanked and kids who didn’t, I respectfully ask Dr. Siegel; “How’s that working out?”

Seriously – are kids better now than they were twenty or thirty years ago? And I don’t just mean in terms of respect or responsibility – that’s obvious – they’re far worse. I’m talking about are kids more or less able to understand there are consequences for their actions? Are they better able to handle themselves as adults, to think for themselves in terms of right and wrong?

Before you pass out from rhetorical overload, I’m not sitting here thinking the whole mess is caused by a lack of spanking, but you can’t deny that discipline is (pardon the pun) sorely lacking in the youth culture – and tell me, what does that get someone when they become old enough to enter the workforce and start their own family?

They don’t have the mindset to deal with life. There’s no one to wipe your nose out there and if you ask me, kids who grow up with a lack of discipline are the ones that have been abused.

Anyone who owns a business or is in a position to train or hire employees knows you’re lucky if you can just get somebody to show up on time, much less work hard all day for the sheer reason that working hard is its own reward. The entitlement mentality seems to have morphed into a default-mode for young adults in the age of Obama. Did poor parenting cause this? Yes.

Which brings me to what I want to say:

Some parents would look at me and you could see the shame, while others really didn’t care and no, these weren’t bad parts of town. In fact it was quite the opposite – these were middle class, upper middle class and down right rich neighborhoods. Also from what I saw it was more white collar than blue…

Side note, I never saw this happen in a house I went to where the children were being homeschooled. But before you go cuckoo on me, I suppose I have to say this: Am I proponent for spanking , Hell ya… Do I believe in Beatings, NO!

Parents or a single parent seem to be more concerned with wanting their child to like them or being friends with them, or are too busy working two jobs to give a child the single most thing they crave: Discipline. Critics will quickly jump on that word and scream child abuse but you know that’s not what I’m talking about. Kids love discipline and I’ll give you proof which is easy to see. 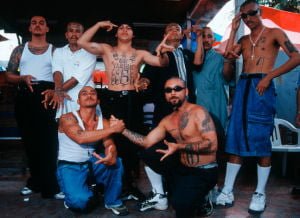 Just take a look at gangs.

Kids join a gang for many reasons, most of the time because they don’t have an alternative, but here’s what a gang provides: Expectations, goals, consequences of behavior, standards, dress codes, loyalty, bonding, father-figures, business training, protection of fellow members, safety, teamwork, pride and… discipline.

In other words, everything that child craves, but isn’t getting from his parent(s) or whoever is claiming responsibility for them. If it weren’t for the drugs, crime, violence, murder and long prison sentences – I’d recommend gangs for all kids. That was a little levity for you humor-impaired out there..

I wonder if Dr. Siegel with all the degrees and answers on how to run your life has any disciplinary guidelines for gangs he might impart to make them more productive, useful and successful when it comes to meting out punishment? Methinks they might laugh at Dr. Siegel and explain to him that they use the old ‘trial and error’ method of what works and what doesn’t work while they’re jacking his watch, wallet and BMW.

Because before people like the good-intentioned Doctor got involved in parental intervention via academia; that’s what families did too. They found what worked best and turned out better and better kids who grew up and were good moms and dads and loved their kids so much they weren’t afraid to spank them when they went off track. Thanks anyway, doc..