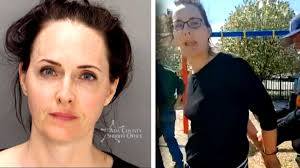 When a mother in Idaho was arrested for playing a park with her children, the mainstream media took glee in the tyranny and made sure to try to smear her as an “anti-vaxxer.” But the people of Idaho came together and surrounded the cop’s house in a show of support for liberty.

The mainstream media, government, and elitists are panicking at the fact they are unable to control the public any loner.  This can be seen in the attempts to smear anyone who doesn’t live in fear or researchers on their own to discover the “official narrative” is bullshit.  Here’s what the Huffington Post said about Ammon Bundy, who organized the protest at the tyrannical cop’s home:

It’s the militia leader’s latest escalation in his attempt to use the COVID-19 pandemic to spread his extremist, anti-government views. –Huffington Post

The Huffington Post got the memo that many people are quickly turning against the government and the media because of this scamdemic. Their attempts to keep the public scared of people who are standing up to the government are laughable at this point. Few are buying it anymore, and we are witnessing the end of the mainstream media’s fear-mongering and the tyrannical government control over our lives.

“There was a woman at a park with her children and she was arrested!” Bundy yelled at the four or five cops standing in the driveway, watching guard over their fellow officer’s home. “Completely inappropriate.”  Bundy was referencing the arrest, earlier that day, of Sara Walton Brady, a prominent Idaho “anti-vaxxer” (oh no! Not a person who thinks they own the rights to their own body and what goes in it!) who staged a protest at a Meridian playground shuttered due to town measures to slow the spread of COVID-19.

Notice how now, those who stand up to tyranny, forced vaccinations, and simply want their God-given rights to freedom respected are being demonized as “anti-vaxxers?” Well, if that’s what they want to call those of us who will refuse Bill Gates’ forced vaccines, so be it. The media is losing control of the narrative they have spun for the government. It’s all crumbling beneath them, and that’s the reason they are doubling-down.  They want the masses brainwashed and incapable of thinking for themselves.

Those who do their own research and think for themselves are now the targets of mainstream media and the governments they support. But more and more people are rejecting the notion of a ruling class and their manipulative brainwashing puppets in the media.

Ammon Bundy at the home of Idaho Governor Little. pic.twitter.com/ECFvDKXOto

Bundy is correct, it’s the mainstream media and the government that are on the wrong side of history.  The people are not going to tolerate tyranny for much longer. Even after this scamdemic is over, civil disobedience and standing up to the government isn’t going to stop.  The people have finally figured out who the enemy is and the more the media tries to push to blame back on to those promoting liberty, the more people will wake up to what’s been done to them by tyrants.

Freedom is no longer negotiable and people all over the globe are figuring out that they have basic human rights long denied by rulers, elitists, and those wanting to enslave them.  But the ruling class’s agenda is failing right now, before our eyes.