This article was originally published by Ethan Huff at Natural News under the title: People are now consuming a credit card’s worth of microplastics every week from tainted food supply; gut composition being drastically altered 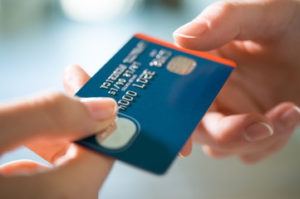 New research has found that the average person consumes a credit card’s worth of plastic particles every single week through tainted food and water – and the vast majority of people have no clue that it is even happening.

An examination of gut microbiome samples revealed that most people today are teeming with both micro-and nano plastic particles. This explains, at least in part, the massive rise in metabolic conditions such as diabetes, obesity, and chronic liver disease.

Micro- and nano plastic particles are also linked to localized inflammation and immune responses in the body, meaning they also play a role in autoimmune disease. And it is already widely understood that plastics such as bisphenol-A (BPA) are linked to cancer.

“A healthy gut is more likely to ward off the health risk,” says Lukas Kenner, one of the co-authors of a new study on the subject that was published in the journal Exposure & Health.

“But local changes in the gastrointestinal tract, such as those present in chronic disease or even negative stress, could make them susceptible to the harmful effects of MNPs.”

There are many additional toxic substances found in plastics that people are consuming as well.

Another study out of Denmark that was published earlier this year identified thousands of them, including everything from plasticizers, which make plastic more flexible, to insect repellent.

Plastics and the other chemicals they contain are a silent killer because more often than not, people do not even realize they are consuming them.

Unless the fluid contents of a bottle taste like plastic (i.e., Nalgene bottles), then the chemicals they contain are typically hidden and unidentifiable. It is not until a person gets sick that it can potentially be traced back to plastics.

Depending on where a person lives and what he or she eats and drinks, the newer study found, that upwards of five grams per week of plastic ends up being consumed. Some of this gets excreted, but the rest ends up lining the intestinal tract or absorbing into the body.

Combined with all of the other toxins people knowingly consume such as pharmaceutical drugs and processed foods, micro-and nano plastics are a recipe for health disaster and could explain why chronic disease is now the norm rather than the exception.

“Xenohormones are known to exhibit oestrogenic activity which can act carcinogenic in the body,” reads a summary of the findings published by the Medical University of Vienna in Austria.

People with preexisting health conditions will want to be especially careful to avoid plastics whenever and wherever possible to lessen the toxic load on their already compromised bodies.

Steering clear of plastics and things that most harbor plastic particles will go a long way to help the body better handle the plastics it does encounter and eliminate them more easily.

“All plastics are made of toxic chemicals,” wrote someone at Natural News. “Thinking they won’t leach into the water is straight ignorance and stupidity.”