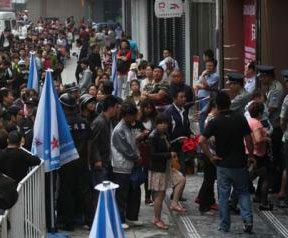 Editor’s Note: If there were ever an indicator for mainstream sentiment about financial markets and the state of the economy, this is it. As we’ve noted for years, when panic strikes money will flow into gold in massive amounts. A new report from Zero Hedge suggests that’s exactly what is happening right now on the streets of London. Just last week Daniel Ameduri of Future Money Trends opined that a new bull market has awakened and the smart money is moving in big, signaling a renewed interest in precious metals amid widespread economic crisis.

People all over the world are nervous. They’re nervous about geo-politics, they’re nervous about their financial future, and they’ve lost trust in the government’s ability to mitigate the crisis. The lines in London are just the beginning. You ain’t seen nothing yet, as retail customers in America and China have yet to get involved in any significant fashion.

We encourage readers to check out JM Bullion, our long-time sponsor and one of the largest bullion dealers in the world, for easy, line-free access to gold and silver.

This is the best quarterly performance for Gold in 30 years… 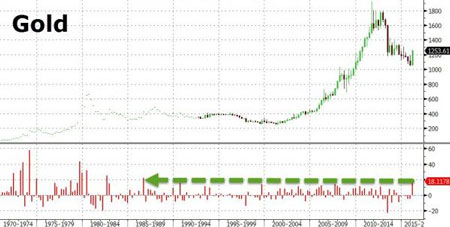 And as Mike Krieger of Liberty Blitzkrieg blog details, physical demand is soaring…

First, let’s look at the improved fundamentals. Gold bugs will exasperatingly proclaim that fundamentals have been great for the past four years yet the price plunged anyway, so who cares about fundamentals? To this I would respond with two observations. First, large institutional investors and sovereign wealth funds have been anticipating a rate hike cycle for a very long time now. They didn’t know when, but they expected it. The fact that the gold bugs never believed this is irrelevant; what matters is that big money believed it, and it was perceived to be very gold negative. In their minds, this anticipated rate hike cycle would confirm that things were getting back to normal, and if things are normal you don’t need to own gold, right?

The problem is that this assumption is quickly being called into question. Sure the Fed hiked rates once, but it is starting to look more and more like a policy error. Meanwhile, other major central banks around the world are going in the opposite direction, toward negative rates. I am a huge believer in market psychology, and the psychology dominating the minds of most institutional investors over the past few years has been that things were slowly getting back to normal. This has weighed on institutional demand for gold in a big way, and been a meaningful factor in the bear market (manipulation aside). If this psychology shifts, the shift back into gold could be very meaningful.

While that backdrop is interesting in its own right, what may make the move into gold that much more explosive is the lack of alternative investments…

What a difference a couple of weeks can make. The Telegraph is reporting the following:

BullionByPost, Britain’s biggest online gold dealer, said it has already taken record-day sales of £5.6m as traders pile into gold following fears the world is on the brink of another financial crisis.

BullionByPost, which takes orders of up to £25,000 on the website but takes higher amounts over the phone, explained it had received a few hundred orders overnight and frantic numbers of phone calls this morning.

“The bullion market has been building with interest since the end of last year but this morning things have gone bananas,” said Mr Halliday-Stein. “Some London banks are placing unusually large orders for physical gold.”

London-based ATS Bullion added it had been inundated with orders for the past week. The firm has sold 4,000 gold bars and coins since February 1, a 40pc rise on the same period a year ago when it sold 1,500.

“It’s been crazy – it’s been the best week since 2012. We’ve had people queuing round the block,” said Michael Cooper of ATS Bullion, a family run firm that trades online and also from an outlet in the West End.

But that’s just part of the story. As reported by the World Gold Council, the buying really started to pick up in the fourth quarter, courtesy of the Chinese and central banks. Reuters notes:

Buying by central banks as well as Chinese investors seeking protection from a weakening currency helped lift demand for gold in the final quarter of last year and the trend looks set to continue, the World Gold Council said on Thursday.

Central banks have been buying gold to diversify their reserves away from the U.S. dollar and their purchases edged up to 588.4 tonnes last year, second only to a record high 625.5 tonnes in 2013, the report showed.

Central bank buying accelerated sharply in the second half of last year and jumped 25 percent in the fourth quarter, from a year earlier, as the need to diversify was reinforced by falling oil prices and reduced confidence in the global economy, WGC said.

Chinese demand for gold totaled 985 tonnes last year, followed by India on 849 tonnes. They accounted for nearly 45 percent of total global demand, with consumer demand up 2 percent and 1 percent respectively in those countries.

Think about the lack of gold buying from the U.S. relative to its global wealth and it becomes quite easy to see where the fuel for the next bull market will come from.

Meanwhile, on the supply side…

Global supply of gold fell 4 percent last year to 4,258 tonnes, partly because of slower mine production.

Mining companies have scaled back since 2013 in a bid to slash costs and mine production shrank in the fourth quarter of 2015, the first quarterly contraction since 2008, WGC said.

Keep in mind, all of the above is nothing compared to what may happen in China once gold fever returns to the mainland like in 2013, as Caixin profiled before: 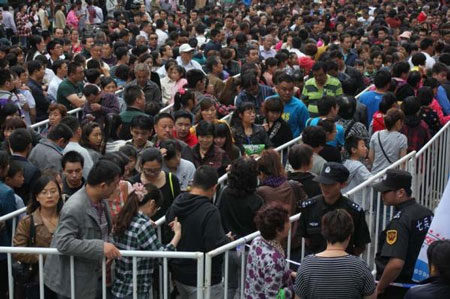 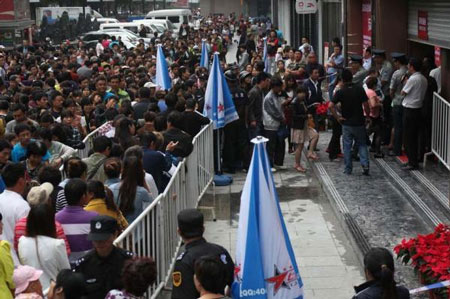 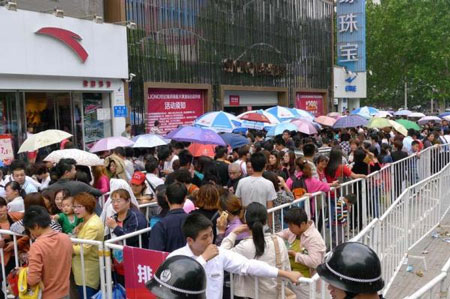 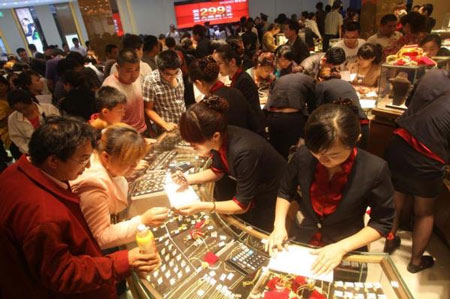 Visit JMBullion.com for up-to-the-minute prices and easy ordering of gold and silver.