No, we don’t think hyperinflation is coming!

How can inflation bazooka higher, when half of young adults live with their parents in 2020 and 38% of Americans are consumed with thoughts about how to make ends meet?

This doesn’t mean that gold and silver can’t or won’t rally in 2021 (inflation has been below 2% for over a decade), since gold responds to real yields, which are measured by 10-yr yield, subtracted by CPI. So even with CPI at current levels (disinflation), as long as rates go down, that negative real yield helps gold.

Silver is an even stranger cat since it responds best to dollar weakness and, boy, do we have plenty of that…

Why are we focusing on pain, though, if vaccines are approved and if the beginning of the end for this unique period is ahead of us? Well, the price that most small businesses paid to indirectly help, by supposedly slowing the spread of the virus to the people at risk of dying of Covid-19 has been huge.

One day you woke up and the government told you that your baby – your source of income, your pride and joy, the business you took time, effort, thought, sweat, and sacrifice to bring to the marketplace – had to remain closed.

Small businesses received minimal assistance and we’ll only learn just how horrible the situation is in 2021.

This is because the dust will settle, restrictions will ease and we’ll see who is left standing. 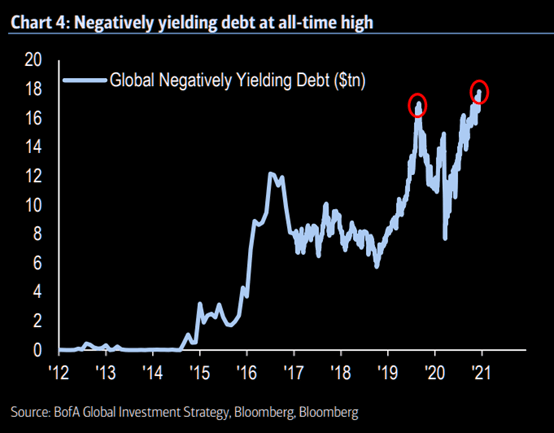 Bond investors, as you can see, bet on technology advancements and on disinflation. No one buys a negative-yielding bond for the income, of course. The only way to profit from this – and there’s a large incentive to capture gains – is to sell the bond for more than you paid for it.

Appreciation occurs when yields fall. The price of the underlying asset (the bond) shoots up.

Obviously, QE does not create inflation, as was previously assumed, since we’ve had over a decade of it and the FED keeps missing its target. The FED has little control over inflation, but we, the people, do.

What are the implications of so many Americans in this poverty-stricken position?

It’s time to address this issue, once and for all. 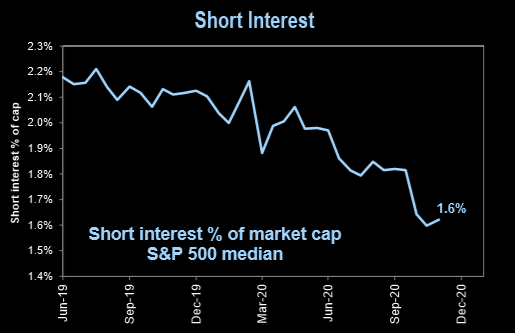 We do not see how the unsustainable bullish stance in the stock market, coupled with the genuine distress of most Americans, continues to remain decoupled for another year.

The fundamental problems in the U.S. economy are bigger than what a central bank can address and, frankly, they’re not only more serious than what the government has to offer to “solve” them, but they’re being addressed with all of the wrong tools.

Nanny state capitalism is not a plan; Americans need to be inspired to get up and figure it out!