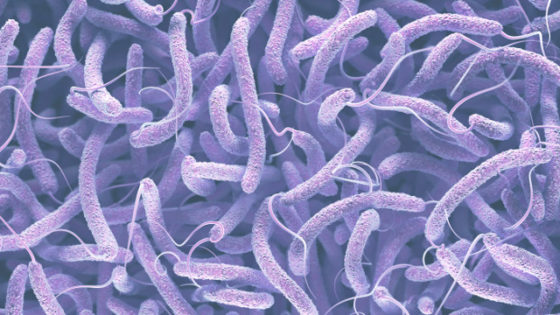 Nigeria’s cholera outbreak has gone from bad to worse.  So far, 175 people have died and over 10,000 are suspected to have been infected with the illness during the most recent outbreak’s scourge.

Cholera is caused by a bacterium transmitted through contaminated food or drinking water. It causes acute diarrhea and young children are particularly at risk. Nigeria suffers from a high rate of water-borne illnesses and infections.

According to News 24, the Norwegian Refugee Council (NRC) said on Monday that suspected cholera cases have jumped in northeast Nigeria where Boko Haram violence has forced tens of thousands of people to seek refuge in crowded camps. Africa News further reported that hygiene stations are needed in the area to further combat the outbreak.

“One of the major causes of the outbreak is the congestion in the camps that makes it difficult to provide adequate water, sanitation, and hygiene services,” said Janet Cherono, the NRC’s program manager in Maiduguri, capital of Borno state. “The rainy season has also worsened the conditions. If more land is not urgently provided for camp decongestion and construction of health and sanitation facilities, Nigeria is steering towards yet another cholera outbreak in 2019,” Cherono added.

Over the last decade, northeast Nigeria and other areas of the Lake Chad Basin have been affected by cholera outbreaks almost every year, due to poor hygiene facilities in displacement camps and host communities. More than 1.8 million people are displaced in Nigeria, as a result of ongoing conflicts. The cholera outbreak is being glossed over by the Democratic Republic of Congo’s Ebola outbreak.

“We are calling on the authorities to provide more space in camps and host communities for the construction of new water and sanitation facilities, and for the international community to provide the necessary funding. Only this way can we prevent new cholera outbreaks,” Cherono said.

NRC has responded to the cholera outbreak by transporting at least 180,000 liters of clean water daily from Maiduguri to communities around Tungushe and Konduga towns. The group has also undertaken tasks such as constructing more latrines where there are spaces for them and by sharing information about hygiene and cholera prevention with affected communities.