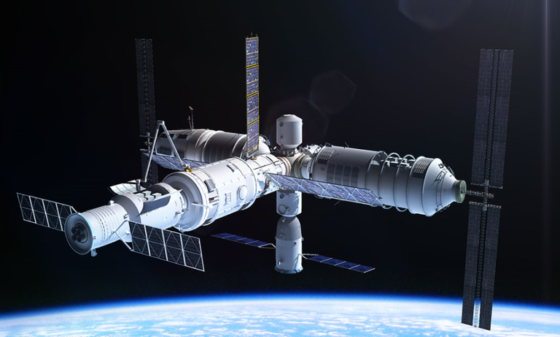 China’s first prototype station, Tiangong-1, will come crashing back to Earth between March 29 and April 9, experts say. The space station is carrying toxic waste, and it’s still unknown where Tiangong-1 will actually hit once it falls back to the planet.

The Chinese space station is said to be errant and out of control while carrying extremely hazardous toxic waste.  The problem is that the space station is going to crash into the Earth within the next 21 days, and experts have no idea where it’s going to land.

According to The Daily Mail, the doomed 8.5-tonne craft, which has been hurtling towards Earth since control was lost in 2016, is believed to contain dangerous hydrazine. Agencies around the world who have been monitoring its descent believe it has a higher chance of hitting Europe, the US, Australia, and New Zealand. However, no one really knows where it’s most likely to actually impact.

Tiangong, which translates to “heavenly palace,” is being closely monitored by the European Space Agency (ESA), based in Paris and their Space Debris Office in Darmstadt, Germany, and were able to make the prediction that the space station will hit Earth earlier this week.

In recent days Aerospace, a US research organization that advises government and private enterprise on space flight also updated its re-entry window. It said the space station will enter the Earth’s atmosphere on April 3, give or take a week. “Every couple of years something like this happens, but Tiangong-1 is big and dense so we need to keep an eye on it,” Jonathan McDowell, an astrophysicist from Harvard University told the Guardian.

While most of it will burn up during re-entry, around 10 to 40 percent of the satellite is expected to survive as debris, and some parts may contain dangerous hydrazine. However, due to changing conditions in space, it is not possible to accurately predict where the module will land. “It is only in the final week or so that we are going to be able to start speaking about it with more confidence,” said D. McDowell. “I would guess that a few pieces will survive re-entry. But we will only know where they are going to land after after the fact.”

In recent months, the spacecraft has been speeding up and it is now falling by around 6km (3.7 miles) a week. In October it was falling at 1.5km (0.9 miles) a week.