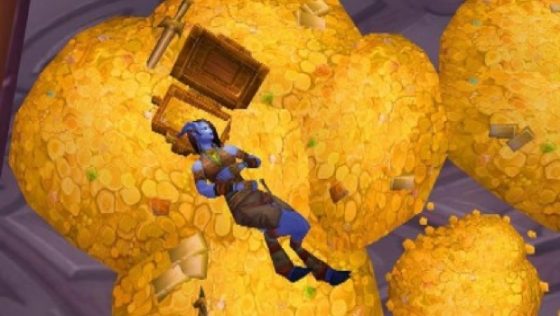 The currency in the online role-playing game World of Warcraft is now worth more than Venezuela’s bolivar. File this one under: “Things that happen when socialists take over.”

Although it’s probably not very funny for those who use money as toilet paper in the socialist dystopia of Venezuela, it’s nonetheless, a teachable moment for delusional leftists in the United States who are chomping at the bit for a master like Nicholas Maduro. Because of anti-capitalist ideals, the fake gold of Azeroth in the World of Warcraft is now worth seven times what the bolivar is worth.

Here’s the math behind the currency value:

Compare that to the price of WoW tokens, official in-game credits that can be used to extend a player’s play time or buy in-game items. Tokens can be bought with either $20 real world cash or sold for a fluctuating amount of in-game gold. One tracking service lists the current gold price of a token as 203,035 pieces. That works out to about 10,152 gold gaming pieces per USD.

By those calculations, World of Warcraft virtual gold would be worth 6.8 times as much as the bolivar.

By that figure, WoW gold would be worth nearly 62 times as much as Venezuela’s official currency. –Forbes

A big shoutout to Forbes for doing the heavy lifting on the math. But it doesn’t change the fact Venezuela seems to have dug themselves into a pit that they won’t get out of with more regulations and market controls. Of course, Venezuelan president Nicolas Maduro has shifted his support away from the Bolivar and over to the recently-launched national cryptocurrency, the Petro.

Venezuelan citizens, meanwhile, have taken to bartering in their day to day business dealings. Which is a better deal anyway – no sales tax (extortion fee).