On Borrowed Time: “They’re Going to Turn the Blame Directly on You” 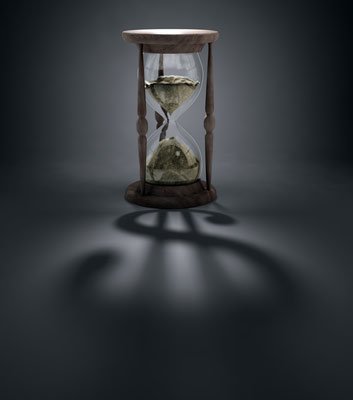 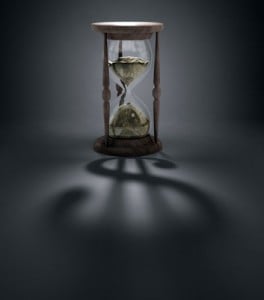 If you regularly follow establishment media and you’ve fallen for the notion that the stock market is the primary measure for economic health in this country, then you probably also believe that the recovery has taken hold, that the economy is growing, and that our elected officials have done a great job dealing with the crisis.

Never mind the record job losses or the over 100 million Americans who depend on a government distribution in some form to make ends meet. Officials in political and financial spheres, through their manipulated job statistics and financial market intervention, have convinced the majority of people that things are actually getting better.

But just because the Dow Jones has hit all time highs doesn’t necessarily mean we’re back to boom times again. In fact, as Charlie McGrath of Wide Awake News notes, the situation is exactly the opposite of what it appears to be. We’re already seeing cracks in financial markets as evidenced by the destruction of long-time American staple retailers like JC Penny and Sears. And this week Best Buy announced very disappointing holiday sales results, which led to an almost immediate collapse in its stock price of nearly 30%.

But despite the overwhelming signs that consumers are tapped out, the stock market shook it off like nothing happened.

To mainstream pundits this was a sign of the tenacity and strength of the American economy. To those who get it, this was just more confirmation that the entire system as it exists today is being manipulated on all fronts.

They’re saying that we’re recovering. They’re saying that Dow Jones 16,000, that Dow Jones 20,000 equals success on Main Street. In the meantime, The war on poverty just reached a new fifty year low. The war on unemployment, the war on fixing an economic crisis brought to you by a bunch of bankers that started in 2008 to present, that has been an abject failure on every front when it matters to Main Street… that war is being sold as a success.

Because they’re gonna stop doing it, and when they do they’re going to turn the blame directly on you.

What does this all lead to?

A total dismantling of free market principles… a free market under attack around this planet will lead to an overt totalitarian society… that is the path we’ve been set on.

This is what we’re facing in this country… The IMF came out and said the planet is facing a 1930’s style default.

…this is all by design. We are heading towards a total in which the crime for standing up for yourself will be met with the heavy boot of tyrannical government.

It isn’t all hunky-dory. We’re not heading down the path to rainbows and lollipops because the Dow Jones says 16,000.

When the system finally buckles – and it will – who do you think is going to get the blame?

The answer is quite simple. It’s going to be those people who planned ahead.

This is how totalitarian governments operate and when it hits the fan ours will be left with no other option (save being dismantled) than to create scapegoats.

Guess who’s going to be first on the red list…