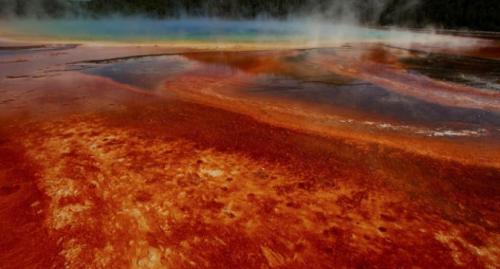 Over the past three and a half months, almost 2,500 earthquakes have been recorded in the western part of the national park. This is on par with the biggest swarm ever recorded, where more than 3,000 earthquakes took place over three months, Newsweek reports.

In its latest monthly update about activity at Yellowstone, the US Geological Survey said 115 earthquakes had been reported in the park during September. Of these, 78 were part of the ongoing swarm 6 miles north of West Yellowstone. The biggest event in the swarm last month was magnitude 2.3.

“This is the sort of work that will happen in the months to come, as we gather up all of the available data and start crunching numbers,” Poland says. “What we can say now is that through the of September, the University of Utah has located 2,475 earthquakes in the swarm. This puts the 2017 swarm on par with that of 1985, which lasted three months and had over 3,000 located events.

“[This is] certainly a fascinating event and one that we hope to learn more about through some post-swarm analysis,” he adds. “There’s a lot to work on this winter, for sure.”

While scientists at the USGS have brushed off the threat of a supervolcano eruption, scientists at NASA have said it represents a potentially devastating threat to the US population. These same scientists have suggested several risky strategies to prevent an eruption if one appears imminent.

Brian Wilcox, a former member of the NASA Advisory Council on Planetary Defense, and several other NASA researchers over the summer shared a report previously unseen outside the space agency about the threat Yellowstone poses, and what can be done to prevent an eruption.

According to NASA, an eruption at Yellowstone could plunge the earth into a volcanic winter and destroy crops and livestock, precipitating widespread famines. Food reserves would only last about 74 days, according to the UN, after an eruption of a super volcano, like that under Yellowstone.

With an eruption long overdue, NASA has devised a plan to drill into the caldera and try to artificially cool it – a strategy that researchers say comes with its own risks.

Scientists at the USGS say the monthslong earthquake storm at the caldera has ended; however, they played down the risks posed by the swarm shortly after it started over the summer, only for the rumbling to continue. Others maintain that an eruption is long overdue.