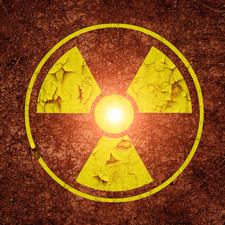 Editor’s Note: The threat of a large-scale weapon of mass destruction being deployed on U.S. soil is very real. We encourage our readers to consider CBRN (Chemical, Biological, Radiological, Nuclear) protection for their preparedness supplies, including an advanced tactical gas mask, NBC-rated respiratory filters and this FDA approved thyroid blocking agent for radiation protection.

Conflicting reports from the middle east indicate that a radiological device has disappeared in Iran. The Tehran Times, an Iranian media mouthpiece, claims that an anonymous source has dismissed the reports as politically motivated, saying that the device was a radiological “camera” and nothing more.

But Western intelligence agencies say that the missing material containing the highly unstable isotope Iridium-192 could be used to manufacture a dirty bomb or to poison water supplies:

The missing material, Iridium-192, was reported to the International Atomic Energy Agency by Iran’s nuclear regulatory body earlier this month, warning neighboring Gulf states of its possible nefarious use.

A dirty bomb, or radiological dispersion device, is a conventional weapon equipped with nuclear material. The idea behind a dirty bomb is to blast radioactive material, such as powder or pellets, into the area around the explosion.

Citing Saudi intelligence sources, Asharq al-Awsat reported Friday that the Iridium- 192 was stolen as it was being transported from the Bushehr facility. The vehicle carrying the nuclear material was later found abandoned with its contents seized.

The IAEA defines Iridium-192, a highly unstable isotope which emits both electrons and gamma-rays, as a category-2 radioactive substance. Substances with a category-2 classification can permanently injure or even kill a human being if exposed to the material within hours or days.

In short, someone in the middle east just got ahold of a radioactive device loaded with Iridium-192. Officials says they don’t know where the device is or who may have taken it.

For all we know it could be on its way to Europe or the United States right now.

Earlier this year a report from the White House warned of four ways that terrorists could use a nuclear device against Americans on U.S. soil. A dirty bomb is reportedly the simplest weapon to build and smuggle into the country:

This isn’t the first time nuclear material has disappeared. A recent theft of nuclear material just across the Southern border in Mexico raised concerns that terrorists may be operating just miles from the United States. With a porous border, officials suggested that it was possible for a rogue group or lone terrorist to cross into the U.S. undetected and attack domestic population centers.

With so many unknowns, it would be naive to dismiss the possibility of a nuclear or radiological attack in the United States.

Earlier this year the Department of Homeland Security put in a massive order for radiation detectors to ensure nuclear devices aren’t secretly being transported in public areas. Likewise, Texas has issued hundreds of detectors to game wardens and other law enforcement officials near the southern border.

That new threat is terrorism. One fear is that terrorists could try to smuggle radioactive material into the country by boat. The Port of Houston has for years had radiation detectors to scan cargo.

So now, besides guns and handcuffs, game wardens will have one more tool.

“We’ve acquired about a hundred devices that allow game wardens to detect radiological or nuclear emissions. These are little devices that can be worn on someone’s belt,” Harvey said.

While the government understands the seriousness of the threat, the majority of population ignores it as a non-issue.

But that apathy won’t stave off the threat, nor will it save your life should a nuclear or radiological device be deployed inside the Continental United States.

Those who would do us harm will stop at nothing to kill as many men, women and children as possible. A chemical, biological, radiological or nuclear device will be their weapon of choice for such an attack if they can get their hands on it.

And by all accounts, that is exactly what they are aiming for.