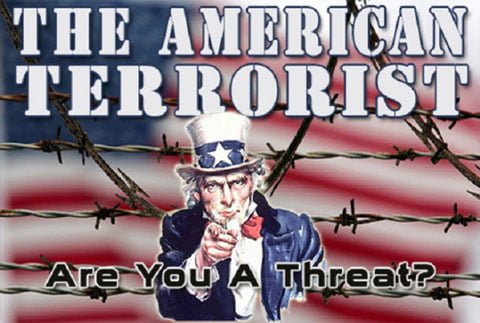 With literally trillions of dollars spent and the Constitution being overridden by legislative actions like the Patriot Act and the National Defense Authorization Act, you’d think the United States of America was teaming with terrorists.

The National Security Agency, for their part, is building massive data centers capable of not only intercepting, but analyzing and cataloging, every digital communication in the country under the pretext of preserving the safety and security of the American people.

With all this money spent, all the surveillance, all the restrictions being put on the American people, one can’t help but ask: how many terrorists are we talking about here?

According to a new analysis provided as an infographic below, not that many.

Out of a population of 258,458,870 Americans who are within the age bracket of being a potential terrorist (18-years old or older), there were an average of 20.7 terrorist attacks attempted in America per year. If we assume that each attack involved 20 individuals, there are roughly 414 terrorists in America in any given year.

We’re not suggesting that terrorism doesn’t exist, but considering that 1 in 1000 Americans in 2010 were the subject of police misconduct ranging from excessive force beatings and murder to sexual assault and false arrest, perhaps the government should turn its surveillance on itself, rather than the 99.9% of Americans who want nothing more than to be left alone.

The statistics are crystal clear in this regard: the danger posed by agents of the government terrorizing the American people seems to be much more probable than that of a rogue terrorist.