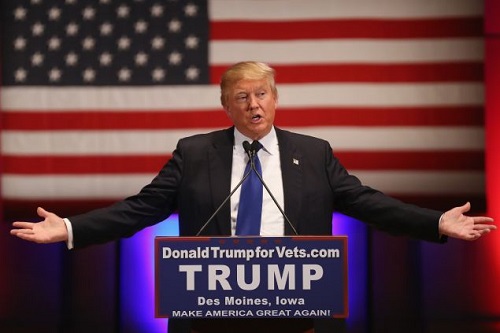 Leakers have confirmed to the New York Times that the Federal Bureau of Investigation ran a spy operation against the Trump campaign. This covert spy operation involved government informants, secret subpoenas, and possible wiretaps.

This report by the New York Times and the leak itself seem largely an attempt by both to paint the FBI’s efforts in the most flattering light possible. Instead, the story revealed that the FBI – which is supposed to be an apolitical agency – was spying on the Trump campaign through phone records and with “at least one” human asset.

The Times‘ story also seems to conflict with what the FBI has previously stated about how the investigation into the Trump campaign began with information that Papadopoulos had told an Australian diplomat he knew that Russians had stolen emails that would be embarrassing for Clinton. Leakers told the Times that “within hours” of opening the investigation into the Trump campaign on July 31, 2016, the FBI dispatched two agents to London to interview the Australian diplomat who had talked to Papadopoulos, meaning that the investigation had officially opened even before they interviewed him.

In fact, it was not until two days after the investigation began that the agents summarized their interview — which apparently “broke with diplomatic protocol” — and sent the summary back to Washington.

The Times‘ story glosses over this discrepancy by saying the agents’ report “helped provide the foundation” for the case – instead of sparked the case – as has been claimed.

Those facts appear to confirm that the FBI had opened the investigation on the Trump campaign based on other information — perhaps the “top secret intelligence source.” –Breitbart

According to Breitbart, this news comes ahead of the release of the pending Department of Justice inspector general report on the FBI’s actions during the 2016 election.  The Post‘s report came out as House Intelligence Committee Chairman Devin Nunes (R-CA) was fighting the Justice Department for access to information on the source.

According to the Wall Street Journal‘s Kimberley Strassel, the source meant “the FBI secretly had a person on the payroll who used his or her non-FBI credentials to interact in some capacity with the Trump campaign.”

Strassel also questioned in her piece when the investigation really began, and why. She wrote:

“…when precisely was this human source operating? Because if it was prior to that infamous Papadopoulos tip, then the FBI isn’t being straight. It would mean the bureau was spying on the Trump campaign prior to that moment. And that in turn would mean that the FBI had been spurred to act on the basis of something other than a junior campaign aide’s loose lips.”

The Times’ story is also entirely unclear as to when exactly the FBI agents began looking into the Trump campaign. The story alleges it was mere “days” after their investigation on Hillary Clinton’s email server ended. Comey had announced he would not seek charges against Clinton on July 5, 2016, and the FBI officially launched their investigation on July 31, 2016. Additionally, according to the Times‘ story, the investigation seems to have been sparked by suspicions over some campaign members’ pre-existing connections with Russia before they joined the campaign.

The Times’ story also confirms the FBI used the salacious Steele dossier in addition to “F.B.I. information” to obtain a wiretap on Carter Page. Democrats have tried to downplay the FBI’s reliance on the falsified document, yet to no avail. Even more glaring, the story reveals the FBI went to lengths to hide the investigation from the Trump campaign instead of alerting it that it might be a target of Russian influence operations.

Breitbart has done an excellent job of compiling a timeline of events.  Please go here to read their rundown of this political story.  There’s much more to this.