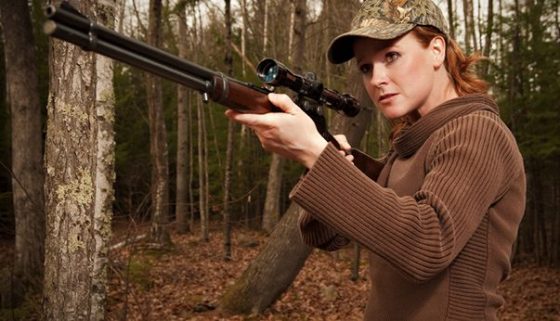 As independent media have been reporting now for more than a month, a showdown is nearing in the state of Virginia between patriots who are set to oppose a raft of new gun control laws that may include confiscations and Democrats who are behaving more like King George ahead of the American Revolution.

Some 114 counties and local jurisdictions have adopted so-called “Second Amendment sanctuary” policies that mimic those of sanctuary cities passed by Democrats around the country that shield illegal immigrants from deportation.

Essentially, officials in gun sanctuary jurisdictions are stating they will refuse to cooperate with state authorities in the enforcement of any new gun laws they believe violate the Second Amendment — like officials in sanctuary cities refuse to allow local police to assist federal immigration agents in the apprehension of illegal aliens.

Democrats in Virginia, newly empowered with election victories in November that gave them control of the state legislature for the first time in years, plan to work with Democrat Gov. Ralph Northam to pass new gun laws they claim are necessary to ‘end the violence.’

Among measures that have been considered or proposed: A “red flag” law empowering judges to authorize police to take guns away from people who haven’t yet committed any crime but are only thought to be dangerous; an ‘assault weapons’ ban; a gun buyback program associated with the assault weapons ban; forced confiscation of said assault weapons that are not sold or turned in; bans of large-capacity magazines; and ‘universal’ background checks.

Police and sheriffs throughout the state who are supportive of gun sanctuaries have said they don’t have a problem enforcing existing gun laws already on the books. But they say few, if any, of the proposed measures will actually curb crime. (Related: Anti-gun Dems in Virginia have awakened a ‘sleeping giant’ as scores of counties declare themselves ‘Second Amendment sanctuaries’.)

Nevertheless, not only are Democrat officials in Virginia serious about ensuring that any new gun laws will be enforced, according to the National Rifle Association Northam has pushed up the state’s prison budget in anticipation of having to mass incarcerate violators of those new laws, WorldNetDaily reported.

This is pretty sinister stuff

The lobbying arm of the National Rifle Association is warning that Virginia Gov. Ralph Northam is setting the stage to jail gun owners.

A statement from the Institute for Legislative Action, the NRA’s lobbying arm, warned bluntly that Northam “increases corrections budget in anticipation of jailing gun owners.”

“As if Virginia Gov. Ralph Northam’s wholesale attack on law-abiding gun owners wasn’t enough, the disgraced public official and his Michael Bloomberg-bought allies in the general assembly now want the state’s hard-working taxpayers to foot the bill for their unconstitutional schemes. The budget bill (HB30) includes an appropriation of a quarter-million dollars to carry out a host of gun control measures that Northam and his anti-gun allies hope to enact,” the ILA explained.

“The $250,000 is appropriated to the Corrections Special Reserve Fund in order to provide for the ‘increase in the operating cost of adult correctional facilities resulting from the enactment’ of Northam’s gun control measures,” the lobbying organization noted further, according to The Daily Caller.

“Among the enumerated laws that this allocation is meant to fund is a ban on commonly-owned semi-automatic firearms, the criminalization of private firearms transfers, and gun confiscation orders issued without due process.”

Such actions would be patently unconstitutional, but that doesn’t appear to have phased Northam or Democrats, at least yet.

This stealth increase in the corrections budget, however, is a serious thing — and a devious thing. It means that Democrats are planning to arrogantly enforce their will regardless of constitutionality and regardless of the fact that some jurisdictions in the state refuse to cooperate with federal immigration laws.