Now He’s Sporting A Breathing Tube: Woman Shoots Mall Stalker In The Throat After He Pulls A Knife 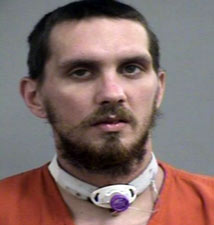 When seconds count, you’d better have a way to defend yourself because no one else will be there to help.

According to reports, it came down to a matter of life and death when a Kentucky woman was followed by a man in the mall. When she entered the garage elevator, as shown in the video below, the man followed behind. Neither of them said anything to each other and the woman knew instinctively what was about to happen.

As soon as the elevator door opened she bolted for her car.

Surveillance cameras played in court this week from the Fourth Street Live food court show the chilling moment when Ganobick began to follow the woman.

She told Louisville Metro Police she sensed instantly that she was being stalked.

‘The victim asked the suspect what floor he needed, and the victim described the suspect as being out of it, possibly high or drunk, but when he said the sixth floor, the victim stated she became nervous,’ states the police report read out in court.

Appearing in court sporting a breathing tube that is a reminder of his injuries after the attempted attack, Ganobick has been charged with attempted murder, robbery and kidnapping.

She told police when the elevator reached her floor, she started running to her car, but he chased her.

The woman got in her car and he pushed in behind her and put his hand over her mouth, according to ABC 7.

Ganobick slammed her head into an unknown object, told her to ‘give me all your money’, and showed her a knife, the arrest report said.

‘The victim stated she was afraid that she would be raped or murdered and as she fell across the passenger seat of her vehicle, she was able to reach into her purse and grab her gun and attempt to fire a shot at the suspect,’ the report states.

During the violent struggle the woman, who was being held at knife-point, reached into her purse and pulled out a gun.

According to the woman she pulled the trigger, but the gun did not fire. So she kept on pulling the trigger till it did.

‘Fearing for her life, the victim kept pulling the trigger of her gun, which finally fired, and struck the suspect in the neck.’

He recoiled, but according to the woman, collected himself despite his injury and started to come towards her again.

‘The victim described being afraid that the suspect was turning to come back at her and she kept pulling and struck the suspect in the buttocks,’ states the police report.

Surveillance footage captured the man coming down the parking garage’s stairs bleeding from the neck.

Despite the size of the attacker this small tool was the great equalizer in this fight: 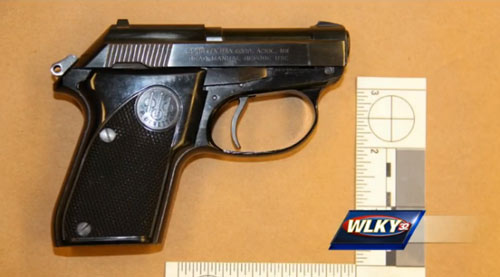 Even this tiny, small caliber weapon was powerful enough to stop a predator from inflicting injury or death on his perceived prey.

For those who would ban this woman from carrying a firearm to protect herself, we suggest considering what would have transpired had she not had a weapon to defend herself. Perhaps she would merely have been robbed. Or, she could well have been kidnapped, raped and murdered.

12-Year-Old Exercises Second Amendment: “When I Saw the Door Handle Turn, I Shot Him”

Justified Self Defense: Mom Kills Armed Intruder with Shotgun; 9-1-1 Operator Gives Her the OK To Shoot

Take No Prisoners: Self Defense Killings in Detroit Spike to 2200% Above National Average; Justifiable Homicide up 79%