Nothing Less Than Shock And Awe: “This Is A Perfect Storm For A Violent Gold Rally” 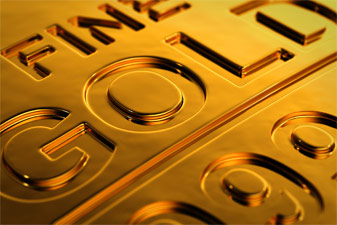 As stock markets sky rocketed to new highs one particular asset remained off the radar of most investors. For the last several years gold has been all but ignored by both Wall Street and Main Street. It’s been so bad, in fact, that many of the world’s leading gold producers are reducing staff and some have even resorted to entering unrelated business ventures like marijuana and hair care product sales just to stay afloat. From an investment standpoint, gold is laying motionless on the street and bleeding out.

This veritable blood in the streets scenario suggests that some major trend changes are upon us. With economic conditions around the world worsening and governments running out of options to keep the system stabilized, people are once again starting to take notice of this 6,000 year old relic as a safe haven. Moreover, with China and Russia having dumped over half a billion in U.S. dollar denominated assets in the last year the U.S. Treasury has reported its first trailing 12-month decrease in foreign holdings in fifteen years, and all the while our deficits keep rising.

Why is this important? According to Future Money Trends, this has happened only twice before. In both cases what followed was nothing less than total shock and awe for the gold market.

Looking back at the only other periods where the U.S. Treasury had a negative 12-month period for foreign holdings while deficits rose takes us back to 1979 and 1974. Interestingly, what followed those years in the gold price was nothing less than shock and awe with the gold price rallying 92% and 127% in those following years.

August of 2015 marks only the third time this set of circumstances has happened.

All this is setting up for the perfect storm for a violent gold rally.

There is a major paradigm shift taking place on a global scale. The data suggest that governments in the West, East and in between are losing control.

Such economic, financial, monetary and political destabilization has almost always resulted in a flight to the safety of physical assets, especially gold.

This time will likely be no different.

For more video reports, interviews and commentary like this visit Future Money Trends.

According to Goldman Sachs the world faces peak gold, but one geologist says he knows where to find America’s hidden gold deposits.