“Not Transporting Food”: How Venezuelan Truck Drivers Ward Off Robberies 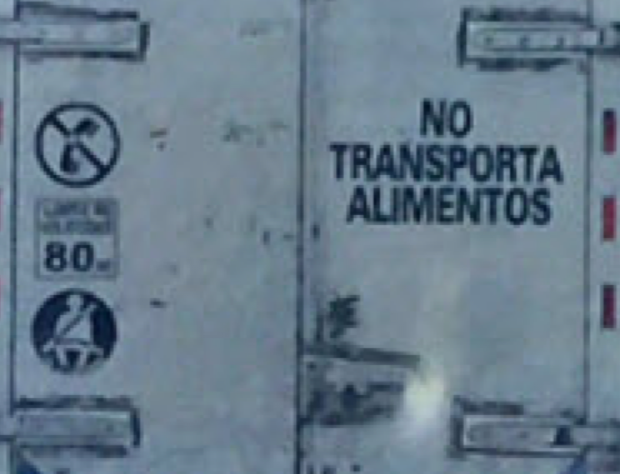 Editor’s Comment: Obviously a simply statement on the back of trucks won’t stop all crime, but it is a testament to the total desperation that has taken over Venezuela. If people are at the point of killing and robbing for food, which has been in severe shortage, then there is virtually no element of stability in the entire country.

Hungry people are going to do whatever it takes to eat. Financial and political problems are going to absolutely explode under a sustained hunger epidemic. These conditions could happen here, too, if the supply chain was ever to break down or other significant disruption to take place.

This Is How Venezuelan Truckers Avoid Looters

You know it’s bad in the socialist utopia when…

Who can blame them – no one wants the money anymore, it’s worthless – as many food trucks now require armed guards to keep them safe…

Venezuela is convulsing from hunger.

Hundreds of people here in the city of Cumaná, home to one of the region’s independence heroes, marched on a supermarket in recent days, screaming for food. They forced open a large metal gate and poured inside. They snatched water, flour, cornmeal, salt, sugar, potatoes, anything they could find, leaving behind only broken freezers and overturned shelves.

Just like Venezuela, our society is rotting too. As we have warned before, the exact same things that are happening down there right now are coming here too. It is just a matter of time.

There are all sorts of signs that the thin veneer of civilization that we all take for granted in the United States is starting to crumble as well.