Non-Participation And Decentralization As Primers For Revolution 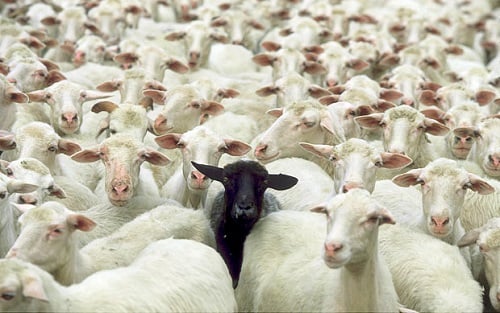 When writing investigative examinations on the corrupt state of American government and American economy, invariably one is met with the same set of ever cycling broken-record questions and assertions. One of the primary responses I have received and I’m sure most Liberty Movement analysts have received is this:

“Okay, now we know what the problem is, but when are YOU going to tell US what the solution is…?”

The question seems “reasonable”, but in reality, everything that is weak minded in our culture today is summed up in its content.

First, the question insinuates that there is no utility in exploring the nature of a crisis without “fixing” the situation right then and there. Often, the most complex problems of our world require years if not decades of thought and action, trial and error, before a single working solution is generated. When the problem involves a criminal government run by corporatist oligarchs bent on total globalization and centralized control of finance, society, and law, you have to expect that there will be some difficulties in finding a remedy. You will never defeat your enemy without knowing your enemy, and our particular fight requires endless analysis.

Second, I wish I could convey the palm-to-forehead agony I feel every time I hear someone begging for myself, or anyone for that matter, to overnight mail them a solution on a silver platter wrapped in perfect little pink bow. Why is it that so many Americans today refuse to offer THEIR OWN solutions to the problems they perceive in the world? Is it laziness, or stupidity, or both? They are so busy waiting for a “white knight” to come and save them they have forgotten to learn how to save themselves. Don’t sit idle expecting analysts to make your life better. Become industrious. Take initiative. Think of something we haven’t thought of yet. Stop being followers and start becoming leaders within your own communities.

Third, the worst of all dilemmas when dealing with the above question is that most of the time, it is being asked by people who already have a preconceived answer they want to hear. Many in our movement today want a silver bullet solution. They want magic and fairy dust. They want to end tyranny with a snap of their fingers, the press of the button, within the span of a day, or perhaps a week. They don’t want to have to work beyond their normal capacity, they don’t want to struggle, they don’t want to sacrifice, and they certainly don’t want to risk their property, livelihood, or life.

They want a civil rights style MLK/Ghandi march on Washington D.C., which has already been done over and over again leading to nothing but ever more corruption (you don’t ask tyrants to police themselves, nor do you ask for their permission to change government). They want an armed march on Washington D.C. (perhaps the most tactically moronic strategy ever to be suggested year after year), leading to nothing more than a bloodbath which would only make the Liberty Movement appear weak, or insane, all in a failed attempt to unseat a bunch of politicians who are merely puppets and middle men for the financial elites. They want Generals grandstanding as purveyors of constitutionalism to initiate a military coup to remove the “evil Muslim” from his seat of power (is Obama a Muslim, or an atheist Communist? These methodologies tend to negate each other…), while the truth is, Obama is nothing more that a minor obstacle compared to the greater evil of central banking and internationalism, and a Neo-Con Republican (or provocateur General) could easily continue Obama’s work without missing a beat.

And, most of all, they want something flashy, something new, something technological and glorious to solve all their woes. How many times have you heard the claim, for instance, that digital currencies like Bitcoin would “bring down” the central banks and turn the globalist empire to dust at our feet? Yet, Bitcoin’s very existence relies on the web, a government dominated networking system which they can remove from our hands any time they wish.

These are not solutions, they are distractions, or worse, con-games. They are designed to fool you into thinking that you can lounge behind your computer, or walk blindly down the street with a sign or a gun, and the nation will attain renaissance without a tear or a drop of blood shed. They are pleasant lies that many people want to have whispered to them.

I have no interest in making people feel comfortable, or safe, or at ease in the nature of the task before us. I’m only interested in the truth, and the truth is, REAL solutions have already been offered to the Liberty Movement. For years we’ve been talking about them, implementing them, and attempting to convince others to implement them. These solutions are not easy. They are not pleasant or quick. They will require much sacrifice, and unimaginable suffering. There is no way around these tasks if we are to succeed and dismantle centralized totalitarianism in our lifetimes…

If you are using a government controlled communications medium like the internet to educate others while the system still exists, then this is practical. But, if you really believe that you are going to exploit that same network as an offensive tool to destroy Big Brother, you are living in techno-geek dreamland.

And, if you still think that the diseased political arena has any merit whatsoever and that the system can be inoculated from the within, or that you can rewrite the rules on a whim (constitutional convention) and have those rules followed, at this point I don’t hold much hope for you.

1)  Admit that you do not need them anymore and fade into the fog of history, OR…

2)  Reveal its tyrannical nature in full and attempt to force you back into dependence.

In either case, you win. You have taken proactive measures to remove yourself as a cog in the machine. The machine can then of course try to demonize you, or attack you, but ultimately, they will attack from a place of social and moral weakness, and you will defend from a position of logistical and moral strength.

Stop waiting for the system to change, or collapse. Change the way YOU live and survive. Build your own localized systems and walk away.

Learn a vital trade skill, grow your own food, purchase resource rich raw land, learn self defense methods beyond what law enforcement personnel are trained in (which is not too difficult), take EMT training courses so that you can provide general and emergency medical care for your family, get your children out of the state run common core indoctrination centers and homeschool them, build neighborhood watch groups, emergency response groups, barter markets and alternative economies.

Decentralization is about dissolving our unbalanced relationship with the state and taking away their power to dictate how we live. If a core necessity is centralized in the hands of a select few, then we start producing it ourselves and remove that option from their deck of cards. You cannot fight a corrupt system if you are dependent on a corrupt system.

The very essence of globalism is centralized oversight of every aspect of our lives. When we allow ourselves to feed from the government or corporate trough because it’s “easier”, we are essentially volunteering to be herded like animals. It is within the power of every single individual, no matter their age or financial circumstances, to find creative ways in becoming more independent. It is up to you. There are no excuses.

We should have no illusions that the criminal elements of our government will simply shrug their shoulders and give up. When we decentralize, we show the world how irrelevant they are. Tyrants must remain relevant to the masses, otherwise, they have no means to dominate except pure force. When that force is eventually applied, the ONLY logical response is revolution. Decentralization is not a means to “avoid” such revolution, it is only a means to strengthen our position in preparation for revolution.

There is no ideal revolutionary model because the unique nature of one’s epoch determines the nature of one’s rebellion. However, I can say that any revolution that does not focus on the foundational culprits behind the offending tyranny is doomed to failure. When I see the overt obsession with Barack Obama as some kind of linchpin in the development of socialism in America, I have to remind people that Obama has merely stood on the legislative efforts of George W. Bush, and so many other globalist presidents before him, in order to bring the U.S. to the current point of catastrophe. And who made these men, these so-called “leaders”? Who financed their campaigns? Who taught them the internationalist methodologies they now implement? Who really controls money, and thus economy, and thus politics in this country?

Revolution must be directed at the oligarchs, not just their mascots, and if anyone asks you to rally around a revolution that does not name central banking and international banking entities and the men who run them as direct culprits, they are probably controlled opposition. We don’t need a French or Bolshevik Revolution to replace old puppets with new puppets, we need to go to the very heart of the cancer that has stricken our nation and remove it. If this means we have to physically fight back, then so be it, but we must be smart in how we fight.

In the end, the average citizen is his own defender, his own governor, his own industrialist, his own “king maker”. He may consciously realize this, or he may be oblivious. All of the solutions, all of the tools, are right there, in his hands, waiting to be used. The saddest truth of all is that the only thing holding him back from legitimate freedom is his own fear. Only when we stop avoiding the pain required to procure independence, will we finally have it.