Nobody Knows The Origins Of The 6-Foot Social Distancing Rule 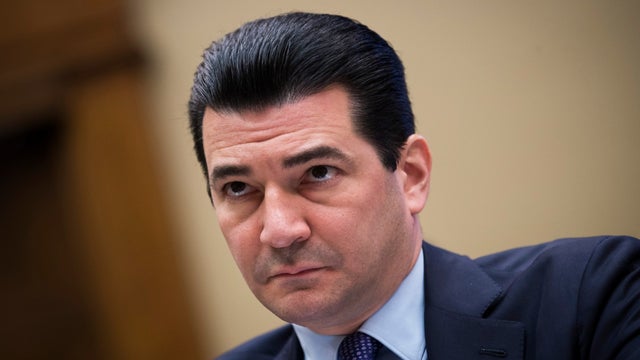 Former Food and Drug Administration Commissioner Dr. Scott Gottlieb says “nobody knows” the origins of the six-foot social distancing rule the sociopaths in power made everyone adhere to for a year and a half. While the ruling class was blatantly disobeying this rule, the slaves were required to not visit members of their family to “slow the spread” of the scamdemic.

This just keeps getting worse for those paying attention. During an appearance on CBS’s “Face The Nation,” Gottlieb told host Margaret Brennan that the recommendation was arbitrary, saying that the Biden administration asked the Centers for Disease Control and Prevention (CDC) to change its guidelines from six feet to three feet in an effort to re-open schools last spring.  “Nobody knows where it came from. Most people assume that the six feet of distance, the recommendation for keeping six feet apart, comes out of some old studies related to flu, where droplets don’t travel more than six feet,” Gottlieb told Brennan.

Gottlieb also said the initial recommendation was 10 feet. Again, an arbitrary number pulled out of the asses of the ruling class to force their will on the compliant and obedient slave class.

Former FDA commissioner @ScottGottliebMD calls CDC’s six-foot distancing recommendation “arbitrary” and “a perfect example of sort of the lack of rigor around how CDC made recommendations.” pic.twitter.com/2Xf4vrz6Ec

Gottlieb says that all of the distances are arbitrary.  Does that mean we are being lied to about germ theory? Some say so.  Perhaps we don’t “catch” colds or the flu from others.  Based on the level of deceit we are witnessing right now, it would definitely not be surprising.

“So the compromise was around six feet. Now imagine if that detail had leaked out. Everyone would have said, ‘This is the White House politically interfering with the CDC’s judgment.’ The CDC said 10 feet, it should be 10 feet, but 10 feet was no more right than six feet and ultimately became three feet,” Gottlieb said. “But when it became three feet, the basis for the CDC’s decision to ultimately revise it from six to three feet was a study that they conducted the prior fall. So they changed it in the spring,” he said according to a report by The Hill.