NO RATE HIKES. GOT IT?

One of Future Money Trends’ proudest moments in our newsletter’s history is covering the bullish case of Bitcoin when its price was $13/coin!

It’s been nearly nine years since, and Bitcoin is more relevant and important today than it ever was before.

Its technological adoption by the international community is now a thing of art.

Hype or not and government regulation or not, by this time in 2023, you’ll be seeing Bitcoin ATMs all around you and thousands of businesses accepting the cryptocurrency.

If anything can ever hope to materially change the currency ballgame and the dollar hegemony, it looks like Bitcoin would be it. Having said that, for Bitcoin to reach its reserve role will probably take 15-20 years to develop.

For now, the dollar is what we’re stuck with, unless you prefer one of the other fiat currencies… 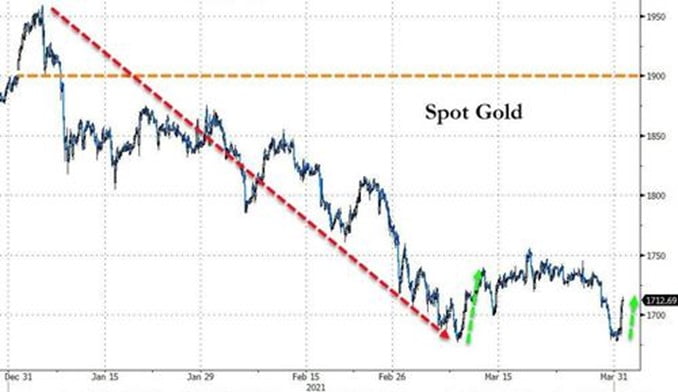 The global economy had plenty of chances to reinstitute gold as some sort of foundational part of its currency strategy. It has chosen not to do so, and there does not seem to be any strong political, academic, economic, financial, or regulatory will to advance any failsafe that includes it.

If you think about it, letting gold trade freely is actually in our best interest!

I like it when gold trades on the open market since I have an exact system for when to accumulate more ounces: 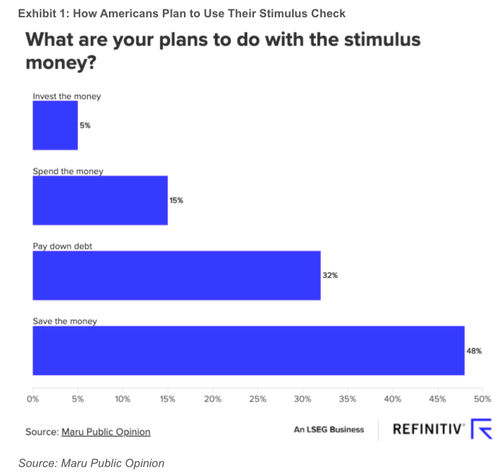 American consumerism is just not what it used to be!

The millennials saw the unfortunate problems endured by their parents in the 2008 Great Financial Crisis and they’re much more conservative in general.

They are even minimalists.

This fear of an overheated economy is really laughable.

Secondly, there are an estimated 1.6M job seekers who are actively looking and aren’t counted in the official numbers because of the way they are reported.

As you can see from the survey above, most Americans plan on saving their stimulus checks or paying down debt (80% of participants). 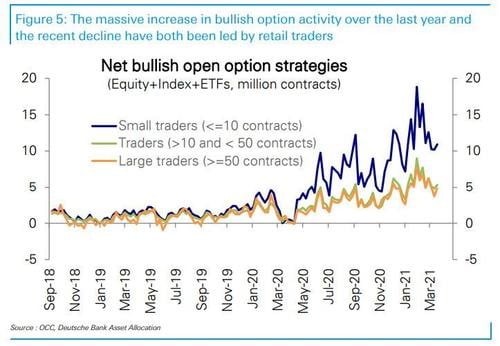 Now, with the euphoria stage out of the way and options traders vanishing from the scene, if the CPI data doesn’t confirm a real threat of inflation (data comes out mid-April), we expect tech to continue leading for years to come.

Don’t be surprised to see rates continue to climb, but as we see it, the 85% rally in yields since the beginning of 2021 is overdone.

Gold has greatly suffered from this bond bear market in 2021. We believe that April might be the best time since June 2019 and March 2020 to own mining equities!