No, Elon Musk is Not a Savior But if Free Speech Increases It’s a Win for Everyone 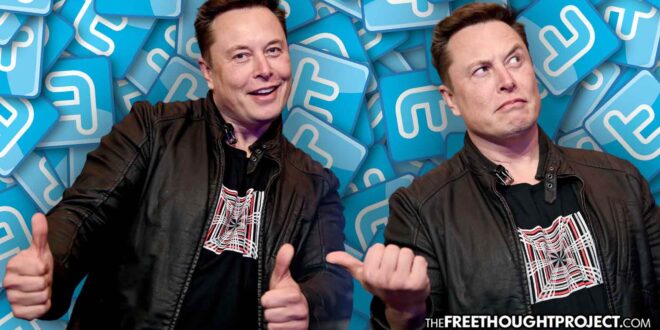 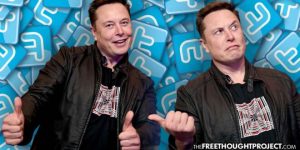 On Monday, Elon Musk announced that his bid to buy Twitter for $44 billion had been accepted and the eccentric billionaire automaker, space company owner from South Africa became the owner of the 280 character limit social media network used by world powers in every country on the planet.

This move had many on the left in a frenzy with attacks on Elon Musk beginning instantly. Popular police accountability Twitter influencer Shaun King made a tweet complaining that Musk’s purchase of Twitter was solely about “white power,” before deleting his account.

“At its root, @ElonMusk wanting to purchase Twitter is not about left vs right,” King tweeted. “It’s about white power.”

“The man was raised in Apartheid by a white nationalist,” King argued. “He’s upset that Twitter won’t allow white nationalists to target/harass people. That’s his definition of free speech.”

King stopped short of providing a single example or evidence to support his claim before removing himself from the discussion entirely.

Others, like Faiz Siddiqui from the Washington Post, took to using his platform at the newspaper to fear monger about Musk’s takeover of Twitter. In a tweet, Siddiqui claimed that “Musk buying Twitter puts a single person in command of the world’s most valuable automaker, the private firm conducting U.S. space launches, and the communications medium used by the world’s most powerful people. “He’s more powerful than countries now.”

Apparently, Siddiqui forgot that he writes for the Post, owned by Jeff Bezos, who literally contracts with the CIA and whose tentacles are intertwined with many of the world’s most nefarious actors.

In the meanwhile, on the right, its a celebration. Dozens of previously banned accounts are now back on the platform.

The right is in a celebratory hypnosis as they finally “own the libs” on Twitter with many of them hoping that the left flees the platform with their tails between their legs as they hail their new savior, Elon Musk.

Unfortunately, some on the right are already calling for Musk to remove accounts belonging to their political rivals and the censorship saga has already taken hold.

“But this time, we will be doing it, so it will be good,” is how all tyranny begins.

In reality, we do not know what is in store other than the very few details Musk has released already — which will be beneficial to all if they are actually implemented.

So far, Musk — a self-proclaimed “free speech absolutist” —  has promised to make the news feed algorithms open-source, remove all the spambots, and authenticate actual human accounts to prevent bot swarms from steering public opinion. He’s also publicly stated that he wants all of his most staunch critics to have an equal voice on the platform.

All of these things are extremely beneficial to free speech and public discourse, but only time will tell if it actually happens. Many folks remain skeptical that any of this will happen, and rightfully so.

Billionaires coming to the rescue only happens in movies and comic books. You're as likely to be saved by Elon Musk as you are by Bruce Wayne or Tony Stark.

But if it doesn’t happen, what do we have to lose? Twitter will fall and Musk will have spent $44 million on the 15th largest social media platform in the world for no reason.

Don't get me wrong, @elonmusk talks a big game with free speech and liberty online but if he doesn't do exactly what he said he would do, I'll have no problem holding him to the fire like everyone else.

It is okay to take hope, but hope holds no accountability, skepticism does

So no, Musk is not a savior or a messiah that will usher in some new panacea for censorship and democracy. But just like he shouldn’t be treated as a messiah, he shouldn’t be immediately dismissed simply for being a billionaire.

Increasing public discourse and the freedom of people to speak their minds — even if it is repugnant and horrible — will only lead to good things. Despite what the pro-censorship crowd thinks, silencing “bad speak” only tends to further divide, increase the spread of disinformation, and drive extremism.

One example happened during the beginning of the pandemic when anyone who shared information on social media about anything related to COVID-19 and the lab in Wuhan, China, saw their post removed and may have even been banned. Facebook, Twitter, Google, the establishment media, and many in the government made it their primary mission to “dispel misinformation” over the origins of the COVID-19 virus.

As the world found out last May, the fact-checkers, the government, big tech, and social media were all dead wrong. The effects of this censorship campaign only led to people believing outlandish conspiracy theories and pushed them further away from the truth.

Make no mistake, there are definitely some asinine and utterly stupid conspiracy theories and hateful ideas out there on just about everything, including COVID-19. But does society need handlers to hide these things from them by censoring those who engage with it?

Stupid and hateful ideas didn’t use to go extremely viral. Even in the furthest corners of the conspiracy theory realm, verifiably false ideas were easily proven wrong and dismissed swiftly. But that no longer happens now thanks to the censors.

If the platform of the censors is so grand, why not allow them to compete with other platforms? Censoring ideas doesn’t stop them, it only allows very bad ideas to go unchallenged in the public arena, thereby granting them credence. This is extremely dangerous.

Now maybe the Q people will be able to watch their insanity get dismantled in real time instead of big tech driving them all to 8chan where they fester in a circle jerk of fabrications and madness.

It’s called discourse and it actually helps to DISPEL misinfo, unlike censorship

If Musk can slow this process through his acquisition of Twitter, then it is a good thing. But those who are celebrating him as a messiah because he will help them “own the libs” or “purge them from Twitter” are no different than the rabid thought police on the left.

Discourse is the path to progress, not silencing those with whom you disagree.