“Next Dam To Break: Corey Feldman Can’t Name Names Over Fears For His Safety, Still Working On Plan To Expose Widespread Hollywood Pedophilia 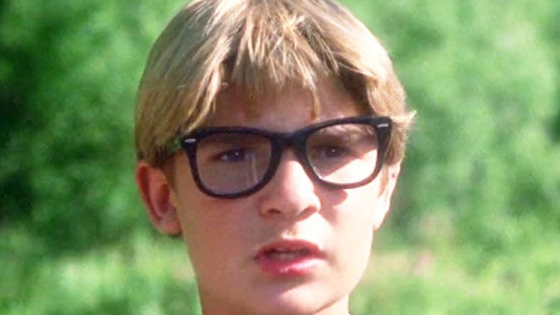 Since the Harvey Weinstein scandal broke wide open, many have wondered if Hollywood’s other “worst kept secret” would soon be exposed – the fact that an unknown number of pedophiles have high-level jobs within the entertainment industry and have used their position to sexually assault and rape children.

For his part, former child star actor Corey Feldman has long spoken out against pedophiles in Hollywood, even going as far as to painfully describe what has happened to not only him but also one of his co-stars, Corey Haim, who was 38 when he died of a drug overdose after reportedly being rape as a child actor in Hollywood.

Before the Weinstein scandal broke, Feldman had been viciously attacked by the mainstream media, including in an infamous appearance on The View where the hosts were more worried about his allegations hurting Hollywood then about the children who were attacked.

Considering all this, one would assume that if the Hollywood pedophilia network was going to be exposed, Feldman would definitely have a hand in doing so. Due to him publicly speaking out about the abuse in the past, radio host Alex Jones had been hoping Feldman may be willing to actually name names now, with many on social media reaching out to Feldman to ask him to do so.

Feldman has responded, and although he says he cannot name names at this very moment, he is working on a plan that will allow him to do so.

4 THE RECORD: I WILL NOT B GOING ON A TALK SHOW 2 DISCLOSE NAMES OF MY ABUSER OR ANY1 ELSES ABUSERS. SO PLEASE STOP ASKING ME 2 DO SO.

Feldman noted that he isn’t worried about being sued but is absolutely worried that if he names names he could put not only himself but his family in danger. One can imagine that hardcore pedophiles would being willing to do anything and everything to keep their names from getting out.

ALSO LET ME ADD, THIS IS NOT ABOUT FEAR OF BEING SUED! YES THATS A REAL POSSIBILITY BUT THE BIGGER REASON IS SAFETY 4 MY FAMILY!

Interesting, Feldman says he is over this after having his career ruined for speaking out before then revealing that he is actually working on a plan to expose those in Hollywood who prey on children.

ALREADY OVER THIS! MY CAREER WAS SHUT DOWN, I HAVE BEEN MOCKED & SHAMED 4 DOING WHAT I HAVE DONE 2 THIS POINT! I WOULD LOVE 2 C OTHERS COME

THAT SAID I AM WORKING ON A PLAN THAT MAY B A WAY FORWARD 2 SHED SOME LITE ON THIS SITUATION! IF I CAN FIGURE OUT A WAY 2 GET ACTUAL JUSTICE

WHILE NOT RISKING MY SAFETY & WELL BEING, U WILL KNOW WHEN THAT TIME COMES! AS 4 NOW, IM GLAD PPL R TALKING, & I PRAY THAT OTHERS COME FWD!

He also urged others in Hollywood who have been abused to speak up.

FORWARD AS THERE R MANY OTHER WITNESSES 2 THE CRIMES I HAVE ADDRESSED. STILL NOT 1 OF MY PEERS HAS OFFERED UP ANYTHING IN A DECADE!

In 2016, Feldman was involved in a shocking interview with the Hollywood Reporter where he directly discussed what had happened to both him and his friend Corey Haim when they were child actors under the control of Hollywood executives.

“Haim had more direct abuse than I did,” Feldman said. “With me, there were some molestations and it did come from several hands, so to speak, but with Corey, his was direct rape, whereas mine was not actual rape. And his also occurred when he was 11. My son is 11 now and I can’t even begin to fathom the idea of something like that happening to him. It would destroy his whole being.”

On the subject of being able to name names Feldman revealed his reasoning behind not doing so: (take note he has now admitted its more about his family being hurt than simply being sued)

“People are frustrated, people are angry, they want to know how is this happening and they want answers and they turn to me and they say, “Why don’t you be a man and stand up and name names and stop hiding and being a coward?” I have to deal with that, which is not pleasant, especially given the fact that I would love to name names.”

Interestingly, West World actress Evan Rachel Wood recently tweeted an article about pedophilia in Hollywood with a caption that, if true, correlates with other reporting indicating that the pedophilia network in Hollywood is about to crumble.

This will be the next dam to break. https://t.co/Vqlnyz0IfX

For more information on this horrifying topic, be sure to check out the new groundbreaking documentary, “An Open Secret” which is seemingly the beginning of the end for Hollywood.