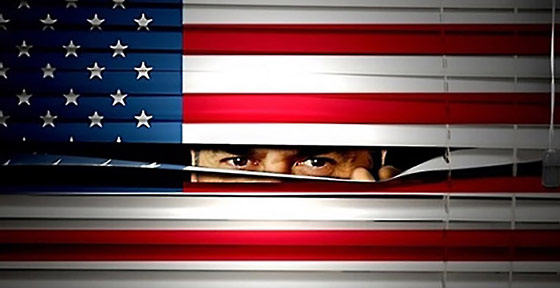 Most of us don’t pay much attention to the WiFi routers in our homes. It’s an innocuous technology that we all take for granted, and we don’t really think about unless it’s not working properly. However, WiFi has a unique property that might make you reconsider a land line.

Like many frequencies on the electromagnetic spectrum, it can penetrate walls, which is what makes WiFi such a good signal for connecting our electronic devices to the internet. But unlike most signals, WiFi can also be used to map every object in your home from afar. That’s because some of the signal will reflect off of objects rather than passing through them. This property has led to the creation of devices that can receive those bouncing signals, and allow the user to effectively see through walls.

This technology has been around for a few years, but was pretty rudimentary. Recently researchers in Germany have taken it a whole new level.

German scientists have found a way to exploit this property to take holograms, or 3D photographs, of objects inside a room — from outside it.

“It can basically scan a room with someone’s Wi-Fi transmission,” Philipp Holl, a 23-year-old undergraduate physics student at the Technical University of Munich, told Business Insider…

…Holl says the technology is only in its prototype stage and has limited resolution, but he is excited about its promise.

“If there’s a cup of coffee on a table, you may see something is there, but you couldn’t see the shape,” Holl says. “But you could make out the shape of a person, or a dog on a couch. Really any object that’s more than 4 centimeters in size.”

Holl says that his method only utilizes two antennas that can pick up WiFi signals in a given area, and those antennas can be as small as what you’d find in a smartphone. One antenna is supposed to be a stationary reference point, while the other moves around. As it moves, the signals are fed into a computer to create multiple 2d images, which Holl’s software can then stack together to form a single 3D hologram.

As is often the case when a company or an inventor comes up with an idea that may have military or surveillance applications, Holl is quick to point out how his technology could be used to save lives. However, I think we all know what this would really be used for.

The applications for Holl’s Wi-Fi holography, he says, are pretty expansive. Adding an array of reference antennas, say, inside a truck, might help rescue workers detect people in rubble left by an earthquake — or spy agencies see whether anyone is home.

“You could probably use a drone to map out the inside of an entire building in 20 to 30 seconds,” he said.

If used by the government, this method could pick up a few stray WiFi signals in your home, and give the authorities a detailed, 3D holographic image of every significant object behind your walls, including you. It doesn’t sound very cumbersome either. It’s conceivable that all one would need is a couple of small antennas; one of which would be attached to a quadcopter, and the right software.

In other words, soon the government is going to have a creepy and effective new way to invade your privacy, and it’s pretty convenient.

WiFi Device Can See Through Walls: Track a Human by Using Body as an Antenna Array

WiFi Can See You Through Walls: “Even Within Your House, Where You Go Can Reveal a Lot”

Are You A Threat? Police Software Scans your Social Media: “Very Dangerous For a Citizen”

Law Enforcement Turns to NSA Surveillance Data to Track Crime: “It Was only a Matter of Time”