New Study: Rise In “Doomsday Prepping” Is Because Of The “Culture Of Fear” 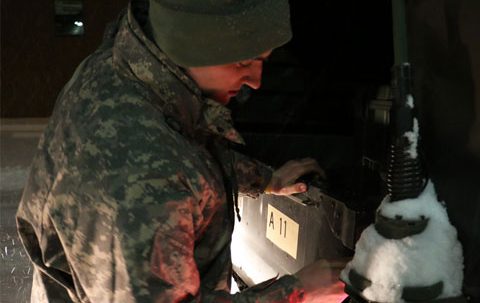 A new study released has found that there has been a rise in doomsday prepping.  But the study claims that its the United States media’s “culture of fear” driving prepping, as opposed to having a desire to be ready for anything.

Prepping has actually been steadily on the rise in the U.S. over the past decade and the media continues to report that those who take their own survival into their own hands are somehow batcrap crazy conspiracy theorists.  This new study is no different and claims those who prepare are simply thriving off the mainstream media’s “culture of fear.”

Potential situations commonly worried about by preppers, according to the new study, include possible economic depressions, terrorist attacks, cyber-attacks, pandemics, or environmental disasters. Furthermore, researchers say that frequent recommendations from the U.S. government on how to prepare for potential disasters, such as when residents of certain communities are advised to stockpile water in preparation for a hurricane or blackout, have also contributed to the rising number of doomsday preppers in the United States.

But as preppers, we know it’s about providing our own insurance in a world where anything can happen.  So why all animosity toward the prepping community? It’s difficult to say, other than perhaps the powers that shouldn’t be don’t really want anyone to take care of themselves while striving to create a culture of dependence.  Self-reliance is shunned while taking handouts is now acceptable.  It is certainly easier to control people who are hungry and impoverished by offering to fulfill those needs. That means preppers are unlikely to be controlled by others since their survival isn’t dependent on outside forces.

While fear could certainly play a role, speaking for myself, fear is not actually relevant at all because I know I’m prepared for a lot.  Nothing scares me and let the chips fall where they may.  But perhaps that isn’t the case for most preppers or those who participated in this study. If fear is the driving force, that’s all it is, and that’s hardly a bad thing. At least those who prepare are doing so so they can permanently eliminate any fear. They aren’t sitting around waiting for the opportunity to raise taxes on their neighbor in the hopes the government will use that money to somehow magically save them.

The cold reality is that literally, anything can go wrong.  A massive blizzard could take out the grid for days making the roads impassable, and if you don’t even have a few extra cans of food or a way to get clean water in the winter without electricity, you could be up the proverbial creek without a paddle. This, in my experience, is how most preppers begin. At one point, something went wrong and now they want to make sure their survival is not dependent on any event or situation.

Self-reliance and personal responsibility are at the core of every prepper, yet the demonization of these virtues continues. When the S finally HTF, to whom will those who made fun of looked down upon the preppers turn to? Those who have prepared, those they laughed at for storing extra canned goods, that’s who.

A failure to plan is a plan to fail, and even though that’s been said before, it needs to be said again.

A crisis rarely stops with a triggering event. The aftermath can spiral, having the capacity to cripple our normal ways of life. Because of this, it’s important to have a well-rounded approach to our preparedness efforts. Due to the overwhelming nature of preparedness, we have created The Prepper’s Blueprint to help get you and your family ready for life’s unexpected emergencies.