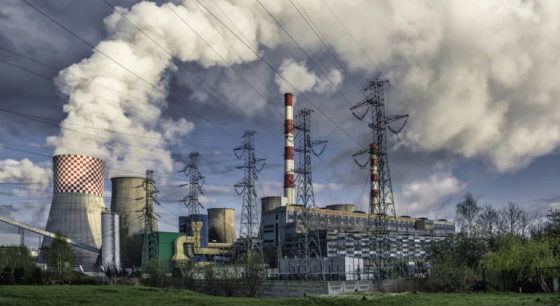 According to a new study, high amounts of pollution in the air is dumbing down the world’s population. The new research indicates that the damage to a society of toxic air is far deeper than the well-known impacts on physical health, and it appears to be a precursor to a ban on certain vehicles.

This particular study’s research was conducted in China because their air quality is horrendous. It’s about three times above the World Health Organizations guidelines, according to a report on this study done by The Guardian.  But the findings are relevant across the world because about 95% of the global population breathing what scientists have said is “unsafe air”.

This study went in depth and found that high pollution levels led to significant drops in test scores in language and arithmetic, with the average impact equivalent to having lost a year of the person’s education and the effect is much worse on some of the most vulnerable people in our society: the elderly. “Polluted air can cause everyone to reduce their level of education by one year, which is huge,” said Xi Chen at Yale School of Public Health in the United States. Chen is also a member of the research team. “But we know the effect is worse for the elderly, especially those over 64, and for men, and for those with low education. If we calculate [the loss] for those, it may be a few years of education.”

The Guardian reported on previous research that has discovered that the air pollution harms cognitive performance in students, but this is the first study that has examined people of all ages and the different effects between men and women. The damage done in human intelligence was worst for those over 64 years old, with serious consequences, said Chen. “We usually make the most critical financial decisions in old age,” Chen added. Rebecca Daniels, from the UK public health charity Medact, said: “This report’s findings are extremely worrying.”

A recent study found toxic air was linked to “extremely high mortality” in people with mental disordersand earlier work linked it to increased mental illness in children, while another analysis found those living near busy roads had an increased risk of dementia.

The new work, published in the journal Proceedings of the National Academy of Sciences, analyzed language and arithmetic tests conducted as part of the China Family Panel Studies on 20,000 people across the nation between 2010 and 2014. The scientists compared the test results with records of nitrogen dioxide and sulfur dioxide pollution.

They found the longer people were exposed to dirty air, the bigger the damage to intelligence, with language ability more harmed than mathematical ability and men more harmed than women. The researchers said this may result from differences in how male and female brains work. –The Guardian

“It is because high air pollution can potentially be associated with oxidative stress, neuroinflammation, and neurodegeneration of humans,” said Derrick Ho, at the Hong Kong Polytechnic University.  Ho’s research team discovered similar preliminary findings when looking at air pollution and cognition.

Aarash Saleh, a registrar in respiratory medicine in the United Kingdom is a part of the Doctors Against Diesel campaign, which seeks to ban vehicles that use diesel fuel.  “This study adds to the concerning bank of evidence showing that exposure to air pollution can worsen our cognitive function. Road traffic is the biggest contributor to air pollution in residential areas and the government needs to act urgently to remove heavily-polluting vehicles from our roads.”

The undercurrent of this study appears to be trying to get the public to agree to allow their mode of transportation to be regulated and dictated to them by the “Big Brother” governments of the globe.  But where does the enslavement end if the elites can control and ban anything and everything they want?