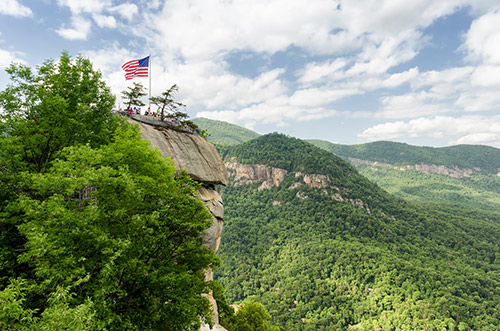 As it would appear, the Red Hot Chili Peppers gained a new member in their band by the name of Senator Steve Daines (R), Montana.  Daines cannot resist giving away what is not his to give away, the norm these days rather than the exception for elected officials.  The other “norm” is to keep submitting legislation until they sneak, pass, force, or redact it into law.  Daines is a kind of quiet, unassuming man who is conservative at first appearance and first words.  He was opposed to the CKST (Consolidated Kootenai & Salish Tribes) Water Compact that has been ratified into state law and is now merely awaiting Federal approval (and funding, naturally).

This little piece is different.  That damnable demon of the USC has been raised, cited, and utilized to “justify” under the color of law a new Senate Bill’s introduction that will affect the whole country if it is passed, flat out.  The existing legislation can be found under 25USC3115 and 25USC3104.  The new bill proposes this:

Turning over huge tracts of Federal Forest lands – any federally managed forest area that is within a 200-mile radius of an Indian Reservation – and hand over management of that land to the Indian Tribes.

That’s right, and a portion of what comes up in the screenshot of the introduced bill reads “the Secretary concerned may treat Federal forest land as Indian forest land for purposes of planning and conducting forest land management activities.”  It doesn’t beat around the bush, does it?  Now the CKST water compact, if you have read my past articles regarding it is Montana State law, and the state has committed to $11 million toward instituting control of all surface and subsurface water in Northwestern Montana.

It is an Agenda 21 measure to take over the outlying areas.  Montana only raised $3 million, and that doesn’t even scratch the surface of the grand total of $57 million estimated that is needed to put meters on all private wells, turn over the “management” to the Indian tribes, and the enforcement over to DHS.  This water, incidentally, is all off-reservation water…not even water on Tribal lands.

Subsequently to that monstrosity being signed into law and “removing” the rights of citizens to their water came Weyerhaeuser.  They bought out Plum Creek, the only self-sustaining plywood mill in Northwestern Montana located in Columbia Falls.  Now comes the news that they’re shutting down the whole plant, firing 200+ employees, and using their interests in the area to buy more timber while transferring ownership of a large percentage of their lands to the Federal Government…specifically the USFS and the BLM.

Now enter Daines and his hokey “management” bill that essentially ramrods the United States citizens and hands over their lands to the Tribes, who have declared themselves to be sovereign nation.  Representative Ryan Zinke (R), MT, is backing Daines measure and pursuing legislation in a similar vein.

All of this is proof positive of Alex Jones’ “Illusion of Choice” platform regarding political parties and elections as being illusory and only to mollify a public whose freedoms and rights have already been stolen from them.

Montana alone has 7 Indian reservations, so judging by the radius suggested in the Daines proposed legislation, does that mean after it’s signed into law the entire state will be “managed” by the Indian tribes?  How will this affect other areas of the country with vast tracts of Federal Forest lands?

The big question: How much did one of the oligarchs behind the scenes either slip or promise Daines to obtain his service toward the Agenda 21 objectives?

There are no Republicans or Democrats…just “soft” Marxists and Marxists.  There is no representation for the American people, just “paper people” who jump up and down on a platform until they’re elected…and then either do a complete one-eighty or subtly hack away at our rights akin to termites for money or additional political power.  Mind you, they’re worse than “phonies” because they know exactly what they’re doing, and they don’t care…as long as their interests and families are taken care of.  That is how they justify giving away what is not theirs…and even taking a piece of it for themselves.